The Goodyear Tire & Rubber Co. reported a 41% drop in sales and 45% decrease in tire unit volumes compared to a year ago in its Q2 2020 financial results, released Friday.

According to the company, the decline was driven by lower industry volume and reduced sales from other tire-related businesses. These factors were partially offset by improvements in price/mix, Goodyear says.

The company reported $2.1 billion in sales for the second quarter and its tire volumes totaled 20.4 million. Goodyear said industry demand during the second quarter was significantly affected by the actions governments, businesses and consumers took to slow the spread of COVID-19, with the greatest impact occurring in April and May. Replacement tire shipments declined 39%, due to low consumer demand, temporary store closings and wholesale and retail customers reducing inventory levels, the company said.

“Although our first half results were greatly affected by difficult industry conditions as a result of the ongoing COVID-19 pandemic, the decisive actions we took to safeguard our business helped mitigate the impact on our results,” said Richard J. Kramer, chairman, chief executive officer and president.

“While we are encouraged to see industry demand gradually recovering in most major markets, our plans for the second half consider the challenges and uncertainties that remain. We continue to focus on the wellbeing of our associates, servicing our customers and supporting our brands while appropriately managing our costs and working capital.

“We are also committed to supporting the strong growth we are seeing in our e-commerce and mobile installation businesses. These investments in distribution will strengthen our leadership position and support our long-term growth prospects as consumer buying behavior continues to evolve within the tire industry,” Kramer said.

Goodyear’s second quarter 2020 net loss was $696 million ($2.97 per share) compared to net income of $54 million (23 cents per share) a year ago. According to Goodyear, the decrease was driven by a decline in segment operating income, a non-cash asset impairment charge and higher rationalization charges.

Goodyear also reported a segment operating loss of $431 million in the second quarter of 2020, down $650 million from a year ago. The decline primarily reflects lower volume and reduced factory utilization. These factors were partially offset by lower SAG, driven by reductions in payroll and advertising expenses relating to actions taken as a result of the COVID-19 pandemic.

Goodyear’s sales for the first six months of 2020 were $5.2 billion, a 28% decline from the 2019 period, primarily due to lower volume and reduced sales from other tire-related businesses, the company said. These factors were partially offset by improvements in price/mix.

Goodyear’s net income for the comparable period in 2019 included rationalization charges of $107 million, primarily related to a plan to modernize two tire manufacturing facilities in Germany. Goodyear’s adjusted net loss for the first six months was $575 million ($2.46 per share), compared to adjusted net income of $103 million (44 cents per share) in the prior year’s period. Per share amounts are diluted.

Goodyear’s Americas business reported Q2 2020 sales of $1,134 million, a 42% drop from the previous year, driven by lower volume and reduced sales from other tire-related businesses. These factors were partially offset by improvements in price/mix.

Goodyear reported a Q2 2020 operating loss of $287 million, down $421 million from the prior year’s quarter. Goodyear cited reduced factory utilization, reflecting lower sales and reductions in inventory, and lower unit volume for the decline.

The company completed a phased restart of production during the Q2, and none of its facilities have experienced COVID-19 related disruption following their restart, Goodyear said. Production levels for the quarter were approximately 26 million units below the prior year, reflecting lower sales and actions taken to reduce inventories and conserve cash. Inventory units were approximately 8.5 million below the prior year’s level at the end of June.

Production planning for the second half has been modified to focus on high customer service levels, while ensuring the company is able to continue to operate, Goodyear said. 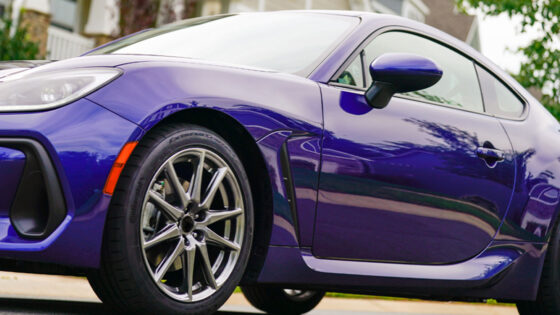