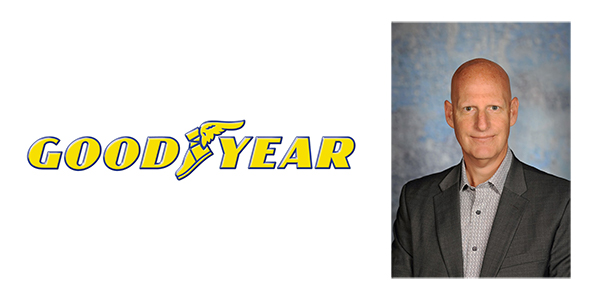 Helsel, 52, currently serves as director, North America commercial and global off-highway technology. After joining Goodyear in 1996, he spent the early years of his career working in a series of roles of increasing responsibility in computer modeling, tire design and technology for consumer, commercial and racing tires. In 2010, he was named a global director, overseeing development of technology for consumer and commercial truck tires before relocating to Goodyear’s Innovation Center in Luxembourg as director of technology programs. He went on to lead the company’s commercial truck tire retread business in North America prior to assuming his current role earlier this year.

“As traditional tire innovation and design become increasingly complex, our products and services also are becoming an integral part of the connected car operating in a new emerging mobility ecosystem,” said Richard J. Kramer, chairman, chief executive officer and president. “In that environment, Chris’s deep tire industry experience, his track record of driving change and delivering results in challenging assignments along with his curiosity and passion to win are a perfect combination to drive Goodyear’s innovation in our changing industry.”

Helsel earned his undergraduate degree in mechanical engineering from Cleveland State University and his master’s in the same discipline from The University of Akron.