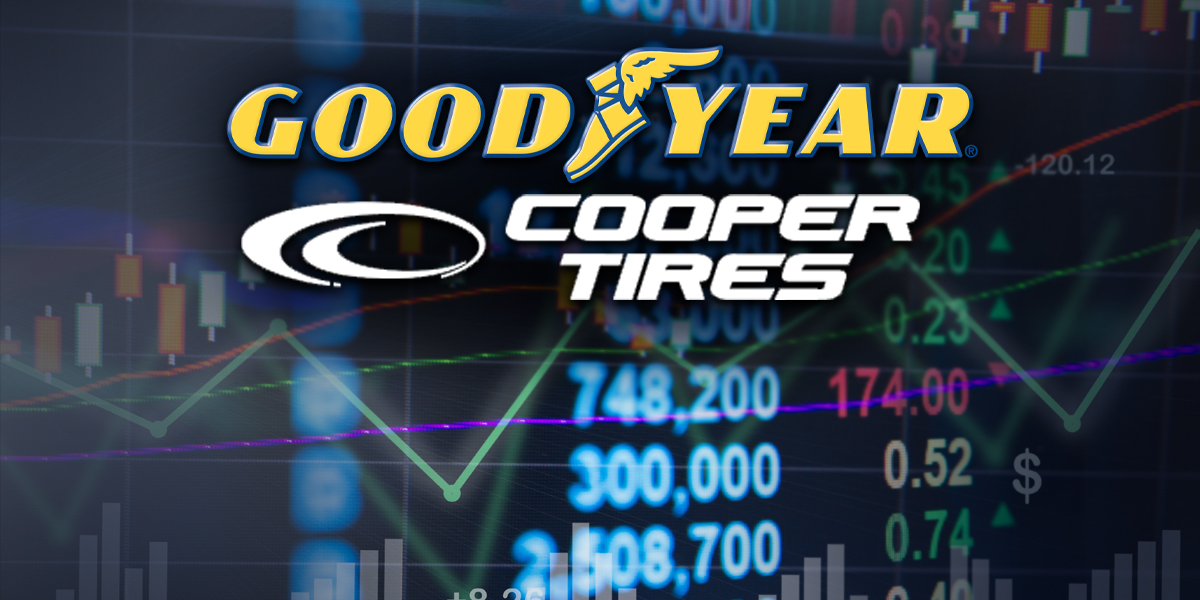 While the market reacted favorably to the transaction, questions remain about how these two companies will integrate and the long-term benefits for both—and dealers—down the line.

When Goodyear announced plans to acquire Cooper Tire Feb. 22, both companies’ stocks went up as officials touted the synergies that would be achieved from the combined company. This was a good sign, according to market analysts, and they believe that over time all levels of the industry will benefit from the two joining forces.

“Scale matters in an ever-evolving, more competitive market,” say Phillip Kane and Steve Rathbone, Senior Advisor and Managing Director with Stout, a global investment bank and advisory firm. “The synergies [between the two companies] are attainable. The equity markets are blessing this transaction based on price activity.”

While the market reacted favorably to the transaction, questions remain about how these two companies will integrate and the long-term benefits for both—and dealers—down the line. Tire Review spoke with financial and industry analysts to get their take on the advantages, the challenges and what’s ahead for these two Ohio tire giants.

The first advantage of the transaction was the timing, industry analysts say. With Cooper’s strong balance sheet, a strong equity bull market for M&A activity and low cost and high availability of debt financing, Goodyear acted at the right time, Rathbone and Kane say.

Cooper had fully exited its targeted private label portion of the business and built up new customer relationships and channels, such as Wal-Mart, says James Picariello, equity research analyst at KeyBanc Capital Markets. The tire industry is also grappling with a dynamic trade environment, leading tiremakers to increase domestic production capacity. Those with more North American-based manufacturing sources are slated to benefit.

“If you look at the average tariff rate (approx. 30%) and the widespread impact, almost 30% of the market is affected. As soon as those tariffs took hold in early January, I viewed Cooper as a potential takeout target,” Picariello says, nodding to Cooper’s strength in domestic manufacturing and its net cash balance sheet. “These two companies stand to benefit the most from the tariff environment. Together, as a combined force, they can really gain market share and pull-through price. And, I imagine Goodyear would much rather have Cooper in-house as opposed to strengthening a competitor.”

In addition, Rathbone and Kane say manufacturers have been consolidating, yet also adding capacity, in the last five to 10 years due to size complexity and the lack of available domestic manufacturing sources. With added scale and product offerings, Goodyear stands to remain competitive alongside industry peers.

“We don’t believe we’ll see consolidation of plants in the U.S.,” Rathbone and Kane say. “We see this as a move by Goodyear to recognize it needs more capacity, not less.”

The Challenge of Synergies

Both Goodyear and Cooper executives touted the synergies the companies have, which is expected to yield $165 million in savings over two years. These are in the areas of sales and administrative expenses, including redundancy at the corporate level; R&D; procurement of raw materials, such as carbon black and natural rubber; and logistics and distribution costs, Picariello says.

However, the challenge is that these cost-savings will only happen if the synergies are realized, says Dr. Gregory Jonas, senior associate dean of academics and graduate programs at the Weatherhead School of Management at Case Western Reserve University.

“The number one reason given for business combinations, whether they’re acquisitions or mergers, is synergies—not market share, not product expansion,” he said. “The challenge is if we look across acquisitions over time, as well as through my personal experience, it’s really hard for companies to realize those synergies. It’s pretty easy to map out what should happen, but the reality is always tougher.”

At face value, Jonas said the combined company will put Goodyear in “a better position in the business that they know and understand.” The company will also be larger, which means it will have greater negotiating power and a larger geographic footprint. Both companies also claim to have common leadership styles and corporate culture, which should make it easier to integrate and realize those synergies.

“The more complex the organization is, the longer it will take,” Jonas cautioned. “[With] companies this size, if the integration went really smoothly and they had a great plan and they were very efficient in implementing it, it would still be two to three years at least. And, of course, you can realize synergies along the way.”

Rathbone and Kane agreed that “the key to attaining real synergies” is in managing Cooper’s integration into the Goodyear framework.

“Cooper has done a good job managing costs historically, which can be a good thing for Goodyear longer term,” they said. “A larger, streamlined, efficient and more profitable Goodyear will obviously have a positive impact on the brand and the company globally.”

While the transaction still needs to pass regulatory measures, Picariello and Jonas believe no antitrust concerns will surface.

“Competition is viewed as a good thing, but one would hope the SEC (Securities & Exchange Commission) will look at the market, not just based on the U.S., but on a global scale,” Jonas said. “On a global scale, it’s hard to argue that this [combined company] would cause competition problems since a lot of the brands that Goodyear is competing against globally, like Michelin and Bridgestone, are already in the U.S. They’re part of the competitive landscape. So, this would just make Goodyear more able to compete with those other brands.”

Picariello added that Bridgestone and Michelin also each have mid-to-high teens market share in the U.S., respectively. The combined company of Goodyear and Cooper will result in having low-20% U.S. market share, and further solidifies Goodyear’s No. 3 position globally.

Jonas said while the market reacted favorably to the announcement of the transaction, the actual buyout price will depend on Goodyear’s stock price when the deal closes, which is slated for the second half of 2021.

“If Goodyear stock goes up more, then it’s an even better deal for Cooper shareholders,” he said, adding that it’s difficult to predict the market’s reaction. “It’s purely a matter of investor perceptions.”