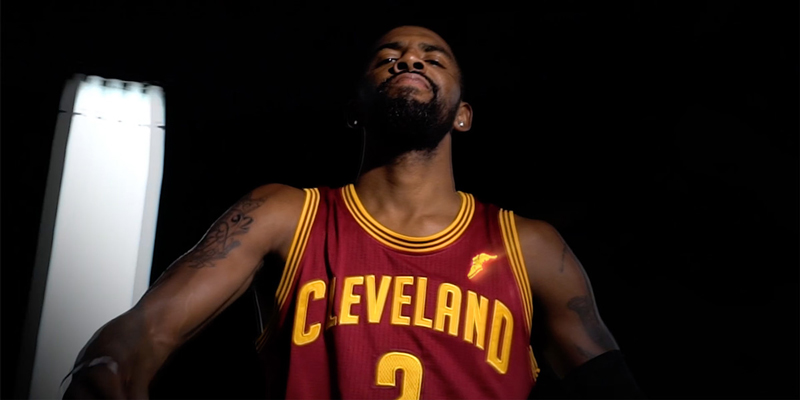 Kyrie Irving wears a jersey with the Wingfoot logo patch.

After being neighbors since birth, Akron, Ohio-based Goodyear Tire & Rubber Co. and the Cleveland Cavaliers are finally teammates through a multi-year partnership. The partnership was officially announced today during a press conference at the Quicken Loans Arena practice gym.

Starting during the 2017-2018 season, the 2016 NBA Champions will wear jerseys featuring Goodyear’s Wingfoot logo. Nike will be the NBA’s official uniform supplier.

“This is a natural fit between two organizations rooted in Northeast Ohio whose strong brands have a global following,” said Rich Kramer, chairman, CEO, and president of Goodyear. “Goodyear has always been connected to the Cavs from our blimp coverage to the tremendous passion of our associates for the team, and we’re excited to make this relationship even stronger.”

Through the partnership, Goodyear and the Cavs will also support their communities. In conjunction with Goodyear, the Cavs are donating $1 million to support STEM (Science, Technology, Engineering and Mathematics) programs in the Cleveland Metropolitan School District and Akron Public Schools.

Goodyear and the Cavs have roots that go back to the 1930s, when Goodyear was a founding member of the NBA’s precursor, the National Basketball League. The Goodyear Wingfoots won the first NBL title in 1937 and the AAU National Championship in 1964. The AAU National Championship team featured three Olympic Gold Medalists: Richard Davies, Pete McCaffrey, and Naismith Memorial Basketball Hall of Famer Larry Brown.

“It was just meant to be that a global iconic brand like Goodyear is our neighbor headquartered in Akron, Ohio, and shares the same DNA of basketball, community purpose and drive for success as the Cavs,” said Len Komoroski, CEO of the Cavaliers. “The treads and threads of this partnership are real, and we couldn’t be more proud to wear the Goodyear Wingfoot and come together to champion Northeast Ohio.” 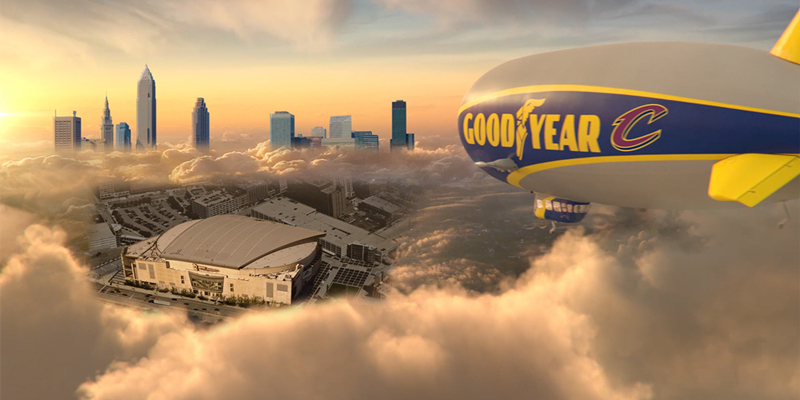 Goodyear has ties to the Cavs through Akron-born LeBron James and his family. In October 2016, Akron-native and philanthropist Savannah James, who is married to LeBron James, christened Goodyear’s newest blimp – Wingfoot Two.

Goodyear also celebrated the legacy of Akron native-born LeBron James and the Golden State Warriors’ Stephen Curry during last year’s NBA finals with its “Akron Born” campaign. In conjunction with Game 7 of the Finals, parents of children born in Akron-area hospitals from June 2 through June 19, 2016, received a set of four tires, an “Akron Born” onesie for their child and a car seat.

“Every Akron kid grew up seeing the Wingfoot in the sky on the blimp and feeling pride in our community,” said James. “There is something special for me personally about having that logo on the Cavs uniform. Goodyear is also very supportive of the LeBron James Family Foundation. I can’t imagine a better situation with our new Cavs jersey than bringing together Nike and Goodyear, two companies that mean a lot to me and my family.”

Goodyear will also collaborate with Turner Sports to create custom-branded content and advertising on TNT and other platforms around the jersey patch.