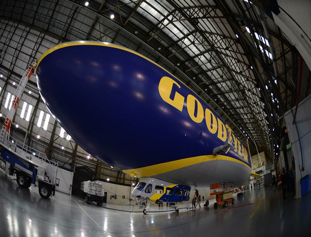 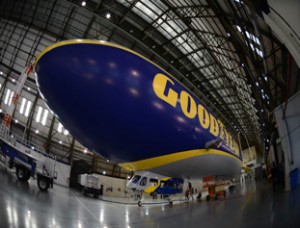 The name was selected from nearly 15,000 names submitted during a public online contest. A panel of Goodyear judges then narrowed the submissions to 10 finalists and public voting determined the name of the new airship.

The Wingfoot One name, which received 35% of the public vote, was submitted by Akron, Ohio, resident Charlotte White. White will received a day of activities with the new airship.

“Seventy six years of living in Akron and I never got to ride on the blimp,” said White, whose stepfather retired from Goodyear. “I’m just thrilled to win the contest. I never thought it could happen. I can’t wait to ride it.”

The other nine finalists will receive a set of Goodyear tires for their names.

Goodyear’s use of the Wingfoot trademark dates back to 1901 when the company first used it in advertising to promote the launch of its new Straight Side tire, the tiremaker said.

The new blimp is in the final stages of flight testing and will be officially christened in a ceremony in August.