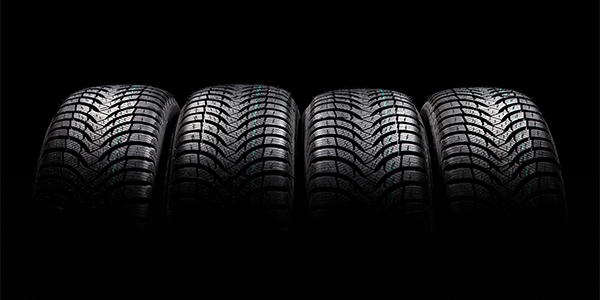 The future outlook for ongoing expansion in the global tire market is robust, according to the latest in-depth analysis from Smithers Rapra.

The future outlook for ongoing expansion in the global tire market is robust, according to the latest in-depth analysis from Smithers Rapra.

Exclusive provisional data from its forthcoming report, “The Future of Global Tires to 2022,” shows that while worldwide demand for tires was expected to reach 2.24 billion units in 2017, the market will witness a steady annual growth rate of 3.4% across the next five years, pushing this total to 2.65 billion units in 2022.

This moderate rate of expansion is fueled by healthy if unspectacular trends in economic growth, vehicle production and replacement demand from a wide variety of end users globally. Despite this, there are the changes to the dynamics of world tire supply, with a series of high-growth opportunities and new technologies helping to forge new areas of profit across the next five years.

One of the most compelling areas for manufacturers is the greater integration of technology into tires – especially for established players looking to differentiate themselves from newer cheaper tire suppliers.

Smithers Rapra identified four key areas where new technologies have the greatest opportunity for realizing new production efficiencies and boosting safety and driving comfort across the next five years:

At the space where R&D and manufacturing intersect, the greater use of computer modeling and simulation will speed up tire development, and the accelerated introduction of new materials and formulations. Advances in the speed and affordability of computing have already begun to show benefits in the ability to model and simulate tire design – allowing companies to hone in on an optimal position within the magic triangle of traction, wear resistance and fuel efficiency.

This also is translating into immediate business savings. For example the simulation work carried out by the Pirelli design team responsible for its new Lamborghini Huracan (P Zero tire) meant 50% fewer prototype units were necessary to bring it to market.

Probably the hottest topic in this area today is better thermal modeling of tire performance, and area that has previously been neglected due to the difficulties of simulating both the heating of the tire and the impact on its handling simultaneously.

Another key topic for programmers is to better map the interactions between fillers and elastomers to make additional improvements in lowering rolling resistance of new units.

As tire labeling and regulations over noise become more prevalent, the industry will also look to refine computer models to accurately reproduce these effects virtually.

As automobiles have become increasingly sophisticated in terms of their on-board electronics, there is a growing need to integrate tires into these systems. The first stage has been to fit out tires with radio frequency identification (RFID) chips. The likes of Mesnac and Rockwell Automation have used these initially to improve factory processes and traceability in supply chains; but increasingly the same technology is being leveraged to enable safer, more efficient driving.

The main focus is to move from the passive information model of a basic RFID system to a dynamic one, with sensors embedded in the tires offering real-time feedback on their own performance and road conditions. Adding value through sensors and data capture will be a big contributor to the future dominance and profitability of premium brand tire makers.

This trend will naturally dovetail with another potentially disruptive trend – the arrival of autonomous driving. A fully autonomous driving computer will lack a human driver’s intuitive feel for the road and experience – and hence smart tires can play a key role in ensuring safety. It is estimated that fully autonomous cars will require in excess of 25 on-board sensors each. Smithers’ analysis predicts there will be around 5 million such vehicles on the road by 2026, and 30 million more by 2030. The use of tire-borne sensors will be pioneered much sooner in the latest generation (Level 3) of assisted driving systems. This vehicle class was worth $500 million in 2016, but will be almost $22 billion by 2021 with 2.5 million vehicles in use.

Embedded sensors used in such applications need to be robust, to endure high temperatures and pressures experienced during tire curing, as well as driving conditions – heat, cold, vibrations, etc. across ever extending life cycles.

As the number and safety implications of counterfeited tires becomes more evident to consumers, traceability even across globalized supply chains will continue to be a priority. In this area, hybrid barcode RFID labels are of particular interest for cost-saving potential. Through advancements in materials and fabrication methods, it is now possible to combine the benefits of RFID and barcodes together in a single product that survives vulcanization.

The automation of production – dubbed the fourth industrial revolution, or industry 4.0 – will also have an impact on tire manufacturing.

Bridgestone has already developed a high-precision tire assembly system – called Examination. Initially installed at its plant in Hikone, Japan, it is now set to be integrated as part of the manufacturer’s current expansion of its facility at Tatanbaya, Hungary. This platform minimizes the amount of direct human activity in the tire-building process, as artificial intelligence controls the optimal placement of all components in a tire. The developer reports that this yields an improvement of 15% or more in the uniformity of output.

During manufacturing, there will also be a wider deployment of X-ray systems in factories to inspect tires – especially heavy vehicle tires. Mensac is a leading technology supplier in this area and it is adapting machine visual technology (MVT) software to automate the X-ray imaging analysis so as to minimize errors resulting from operator fatigue, distractions and repetitive visual examination.

John Nelson is a commissioning editor for Smithers Rapra. For Tire Review readers interested in the full report, go to https://goo.gl/nmz9TE and use coupon Code TR15 to receive 15% off.