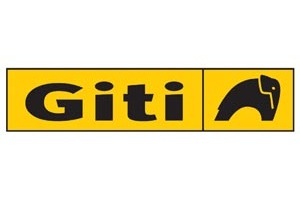 Changes At The Top
This year’s annual tire manufacturer ranking  have brought with them a number of key changes at the top of the table. The growth of Far Eastern manufacturers and Chinese companies in particular has long been observed, but 2014 sees Singapore-based Giti Tire break into the top 10 and Taiwan-based Maxxis/Cheng Shin Rubber retains its ninth position. Hot on Giti’s heels, 11th place ZC Rubber (producer of the Westlake brand) gained one place from its position in last year’s table. Indeed this part of the table is extremely close and, such is the competition at this level, if ZC Rubber had achieved the same figures as last year (assuming no-one else had done any better and excluding currency effects) it could have been in 10th position.

Things at the very top of the table remain relatively stable however. All the top five largest companies (Bridgestone, Michelin, Goodyear, Continental and Pirelli) have retained their first to fifth positions respectively. The first growth development occurs in sixth position where we see that Hankook is continuing its long run of strong growth. However, despite this performance Hankook’s sales are still some 1.2 billion euros short of fifth placed Pirelli, leaving the leading South Korea tire manufacturer with a mountain to climb in order to catch the Italian manufacturer.

In rising one place to sixth position, Hankook exchanged places with Japan’s second largest tire manufacturer, Sumitomo Rubber Industries. While, as we have noted, this is partly due to Hankook’s consistent growth, another clear explanation is the 1.4 billion euro sales drop the company experienced between 2012 and 2013. Of course there are numerous reasons for this ranging from currency fluctuations to macro economic conditions affecting demand, however these are likely to have affected Hankook (one place above) and Yokohama (one place below) just as much.

For its part, Yokohama retained its eighth position. And with the company’s tire sales accounting for some 3.434 billion euros in 2013, there is clear water between its eighth position and the next rung up (seventh placed Sumitomo). There is also room below Yokohama before we get to ninth placed Maxxis, but with the Cheng Shin produced brand on its current medium term growth trajectory this gap appears to be narrowing.

Rise Of The Wufi
As we have seen, some of the most significant movement in our global tire manufacturer rankings are taking place below the top table on and around the boundary of the top 10. The top five brands are clear outriders, but Hankook, Sumitomo and Yokohama continue to demonstrate that they are the closest competitors.

While Maxxis (Cheng Shin), Giti and ZC Rubber are based in Taiwan, Singapore and mainland China respectively, they really represent the premier league of Chinese manufacturing. Any time you look at production and capacity statistics emanating from Chinese tire associations the first two are noticeable by their absence because, despite the fact that overwhelmingly large proportions of both companies’ tire production takes place at factories based in China, the companies are legally administered elsewhere, making them Wholly Owned Foreign Enterprises –WOFEs (pronounced wufis).

Their approaches may be different, but all three have huge production capacities, intrinsic links to the key Chinese emerging market (and of course both the OE and replacement markets that come with it), huge ambitions and the willingness to investment commensurate quantities. Maxxis key strengths have been its ability to market itself and win some global level OEM contracts, while Giti has been growing volume sales extremely strongly in key markets such as the US and Europe (especially in the UK).

At this point it is worth noting that the two wufi’s with their willingness to establish Western sales and marketing operations and their emphasis on global branding are the ones that appear to be pulling away, but that by no means rules out the more domestic Chinese manufacturers, which have been upgrading factory technology and R&D investment at a rate of knots in recent years.

All this means that companies such as 12th place Kumho, 13th place Cooper and 14th place Toyo require a bigger push than ever to attain compete with this fast growing Chinese contingent. Indeed these three companies, which have hovered around this level for some time are increasingly being squeezed on both sides. Immediately beneath them is another large Chinese manufacturer Triangle, which has risen one place in the last year and has particular credentials in the OTR and truck tire sector Like the other successful Chinese firms Triangle is currently investing in globalizing its sales and marketing operations. Beneath them is Apollo, which remains – undeterred from last year’s failed takeover of Cooper – one of the most aggressively growing companies in our coverage. It too has risen one place in the last year and with plans for its Eastern European factory all but in place, it is likely that this growth will continue in the years to come.

With Shandong Linglong closing out the table in 20th place, this means five of the top 20 manufacturers are Chinese firms (including the wufis). As we have seen, the top five places remain some way off the rest of the pack, but the does not mean there aren’t any changes in the top 20. (Tyres & Accessories)