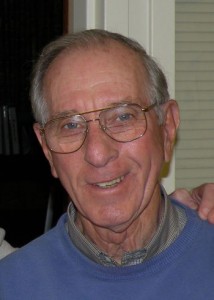 David Ganz, the founder of the Galaxy brand and an innovator in construction and agricultural tires, died on Oct. 21.

“Those who knew David describe him as ‘fiercely passionate’ about everything he did,” said Jim Clark, president of Alliance Tire Americas Inc. “Whether it was his family, aviation, business or philanthropy – he put every ounce of energy and creativity into all of his pursuits, and he expected the same out of the people surrounding him. Our thoughts and condolences go out to the Ganz family and to everyone who admired him.”

In 1986, Ganz purchased several decommissioned molds from the then BFGoodrich Co. and developed the Galaxy Brand, creating a segment of affordable specialty tires.

In 2009, Alliance Tire Group bought the Galaxy brand and the Primex brand.

Ganz was the first to think of a tire designed specifically for the Skid Steer Market, according to Domenic Mazzola, vice president of engineering and OE sales at ATA.

“He interviewed a number of customers and came up with a tire that was beefier and longer lasting than what was on the market at the time. He called it the ‘Beefy Baby’ and it became the new industry standard for skid steers,” Mazzola adds.

To get the “Beefy Baby” to succeed, Ganz broke his way into the original equipment market.

“David never stopped pushing,” explained Arnold, “until he had gotten the ‘Beefy Baby’ into the Case parts program. Customers loved the tires, and eventually they were in such demand the big manufacturers would have been stupid not to sell them as original equipment. It really is a story of passion and persistence.”

Ganz is survived by his wife Judith and their family.