Both consumers and automakers are expressing a demand for low rolling resistance and other fuel-efficient considerations. But how are manufacturers experiencing and dealing with the trend?

It’s a recurring concept in the 21st Century: What’s good for the planet also can be good for the piggy bank. But realizing that fact doesn’t make the initial popular transition to eco-friendly products simple, nor any less costly. 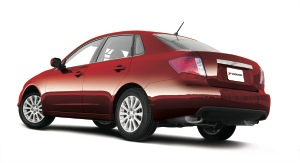 So it goes with fuel-efficient passenger tires. Tiremakers are experiencing considerable growth in the products’ popularity, leading even smaller brands to venture into the arena. After all, both consumers and automakers are expressing a demand for low rolling resistance and other fuel-efficient considerations. But how are manufacturers – the large and, most notably, the small – experiencing and dealing with the trend?

“Fuel-efficient tires are growing in popularity for many reasons,” says Rick Brennan, vice president of marketing for Kumho Tire USA. “Among them are the increase in overall eco-consciousness and gas prices. The public is more aware of its responsibility to be more environmentally aware, and to take care of the natural environments we inhabit.

“In addition to those factors, the ever-inflating nature of gas prices is always a hot button with consumers and companies,” he adds. “From a consumer’s point of view, the interest is really on increasing gas mileage and not necessarily on fuel-efficient tires. Consumers will take a fuel-efficient tire today if it provides more benefit without costing much more.”

And therein lies the challenge.

“Most consumers are looking for an element of fuel-efficiency in their tire purchase but are not always willing or able to pay a premium price for that technology,” explains Scott Jamieson, director of product management at Cooper Tire & Rubber Co. “Typically, low rolling resistance tires have been priced toward the top of the product screen. With fuel prices higher than $3 or $4 per gallon, low rolling resistance tires typically enable the consumer to recover the price premium plus more over the life of the tires. However, some consumers find it difficult to pay more up front for the promise of a greater return later.”

That phenomenon was exacerbated by the recent economic downturn, but changes are being seen as the economy recovers. 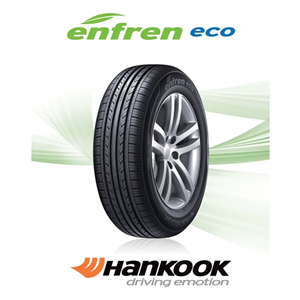 “In tough economic times, paying more at retail for a fuel-efficient tire is even more difficult, especially if it isn’t really clear to consumers that they get the benefit,” says Fardad Niknam, senior director of technical services and product planning at Toyo Tire USA Corp. “For the average driver, fuel efficiency is hard to notice from fill-up to fill-up. Gas prices have been volatile and drivers typically don’t have a reference point week-to-week for comparison of possible savings from more fuel-efficient, green tires versus regular tires they might have had on the same vehicle previously. So they really have to trust in the claims of manufacturers as to the fuel-savings benefits of green tires.”

Nevertheless, the increase in legislation mandating higher miles-per-gallon standards in America and Europe, including Corporate Average Fuel Economy (CAFE) regulations for car makers, has helped to keep the trend rolling.

“All global tiremakers need to keep this in mind for not only eco-specific tires, but for all future production on all patterns,” Brennan says. “Every tire we make is going to have to be more fuel-efficient, whether this is UHP, light truck or a tire for a hybrid vehicle. Fuel efficiency will be another feature offered on any tire, and a fuel-efficient-only focus will be a niche tire. As a result, sales of tires with better fuel efficiency will increase, especially after the new labeling requirements become mandatory, mandating rolling resistance grades be added along with the UTQG ratings.”

“The CAFE levels that vehicle manufacturers have to obtain has played a large role in shaping the importance of rolling resistance for both OE and replacement tires,” Jamieson adds. “As vehicle manufacturers strive to obtain the 54.4 mpg CAFE by 2025, the emphasis on fuel-efficient tires is certainly going to increase at the OE level, and that increase will likely flow to the replacement level.” 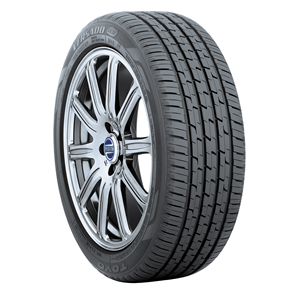 Beyond Regulations
But while many tiremakers say they expect continued growth in this trend, they also recognize that certain elements can’t be sacrificed in the creation of fuel-efficient tires. These include wear, wet traction, lower mass, advanced constructions and innovative tread-siping technologies.

Kumho’s Ecowing KH30 is formulated with eco-friendly, silica-based compounds, designed for low rolling resistance, but doesn’t compromise comfort or handling, according to Brennan.

Meanwhile, the Cooper GFE features traction-compensating sipes that increase in length as the tire wears, locking tread elements together and helping to reduce rolling resistance, says Jamieson, who adds that the company will launch a new tire in May that targets weight reduction – two pounds worth, a significant number.

“Both internal and external testing is done for fuel-efficient tires,” Kopacz explains. “Most importantly is rolling resistance testing so that the design of the tire meets its performance targets.” He says that an independent external lab is used for such tests. 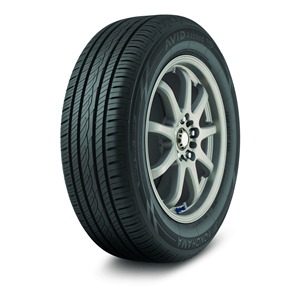 “It’s one thing to have a tire that reduces the energy required to roll on the road,” Jamieson adds about testing, “but it also has to brake effectively and accelerate appropriately. At the end of the day, the consumer is still going to drive their vehicle in (wet, dry and snowy) conditions, and we need to understand how these tires are going to perform on their road trips.”

Many of the distinctive technologies of fuel-efficient tires can in fact be the products’ best marketing points. Kopacz, for example, says Hankook pitches the silica rubber compounds and internal construction of its green tires. “Aerodynamic sidewall design, silica tread compound and heat-control technology all offer their own benefits in the area of fuel-efficient tires,” he says. “This is information that can be provided to consumers to explain the overall fuel-efficient tire package.”

“It’s critical for our dealers to be able to explain to the consumer the benefits that our products bring to their vehicle,” he adds, mentioning Coop­er’s dealer e-learning web courses. “Dealers should also communicate that proper tire inflation is an important part of optimizing a vehicle for good gas mileage. You can improve vehicle safety and fuel economy by as much as 3% if you keep your tires inflated properly.”

“Dealers should also remind vehicle owners that there are other critical factors,” Niknam agrees, “like proper tire inflation, vehicle alignment and maintenance, and a driving speed that will impact realization of fuel savings.”

“As mentioned before, fuel-efficiency is not a sole reason for consu­mers to purchase a specific tire,” Brennan summarizes. “For dealers to sell these tires, they need to position them in a way that showcases the strength of the tires in all areas that matter – and have the added benefit of better gas mileage be a supplemental fact.”

Fuel-Efficient Tires are Here to Stay