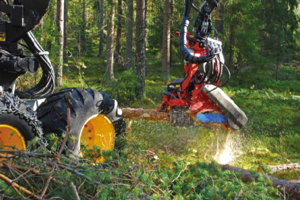 The forest products industry is building back up.

In recent years, the crash of the U.S. construction market has played a huge role in the forest products industry in North America. A worldwide economic downturn has also impacted exports of lumber from the region.

Now, the forest products industry is beginning to uptick following a slow past few years. Moving forward in 2014 and beyond, the industry expects steady growth, which provides steady business opportunities for tire dealers.

“The forestry industry has been on an upswing since the construction market began turning around, and 2013 was better than the previous year,” says Terry Goodwin, national sales manager of the forestry division for Alliance Tires Americas. “We’re predicting robust growth in the market for the next two years, and then slower but steady growth in the three years after that.”

Cara Junkins, director of field services for Titan International, says the OEMs she’s worked with are also predicting market growth. While the growth isn’t expected to be in the double digits percentage, it’ll be steady, she notes.

“From the equipment side, the first half of last year started to pick up and that has continued to move into this year,” she says.

Some of the main reasons for growth in the forest product industry will be the continued upswing of the U.S. housing market and the export of wood to other countries, including China and Russia, says Goodwin.

Andrea Masella, marketing manager of forestry tires for Trelleborg Wheel Systems America, agrees. He notes that in 2013 exports of wood products to China are up 27% from 2012.

“There was a kind of slow in the market during the past few years but it seems the market is picking up pretty well,” he says.

In the future, growth of the forest product industry could be heavily influenced by environmental and government regulations as well as the global economy, the tiremakers all say.

Forestry works in extreme environments. Machines can be harvesting wood on hillsides or in swampy and muddy conditions, all while dealing with stumps and other rough terrain elements.

Those in the forest products industry expect their tires to last in such harsh environments, as downtime is obviously detrimental to business. Because of the terrain and demands of the market, tires are still predominantly bias.

Titan’s Junkins says that for forestry applications, bias tires are the most cost-effective fit.

“Having that flat footprint or long wear isn’t as big of an issue as having penetration resistance for both the tread area and the sidewall because of the severity of where forestry customers are working at,” she notes. “Additionally, they do a lot of repairs on forestry tires and bias tires are generally more repairable than a radial.”

While some smaller forestry tires are radial, Alliance’s Goodwin agrees with Junkins that bias tires will continue to be the go-to design for larger equipment.

“At a logging site, sidewall stability is really important, and that’s where bias has the advantage. I can’t envision a true radial working well in the woods in terms of the initial expense and being stable enough when you get two to three 100-foot-tall trees in the clamp on a buncher,” he says.

In addition to using bias tires, some forestry tires require tubes. Even those tires that don’t really need tubes sometimes have them inserted for added protection and durability, Junkins said.

“In the forestry market there is a lot of opportunity for punctures and for hitting something really hard from the side and possibly pushing the heel of the bead off a little bit. If you have a tube running inside, that can keep the tire from going flat and help with rebound,” she says. “Some companies will start with a tube-less tire and when they get the first puncture they’ll put tubes in it to keep running over time.”

Junkins notes that while people add tubes to tube-less tires, they’re not required to have them and the tire will function fine without the tube. However, tube tires must have a tube inside.

Within the forest products industry, it is also fairly common for loggers to use tracks or chains with equipment. That being the case, it is important to use fitments that work with those devices, Trelleborg’s Masella says.

“Most tires in those applications have chains or tracks installed. This gives the tires longer life, provided the chains and tracks are fully compatible with the tires and properly fitted. Sometimes loggers install used chains and tracks that are improperly fitted and cause tire damage and premature wear. Proper fitments can prolong tire life and performance,” he says. 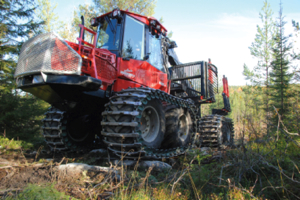 Some forestry equipment utilizes chains and tracks when in the field, so it is important for the tires to work well with such attachments.

In an effort to meet the needs of the forest products industry, tiremakers are constantly working on new technology. While all the manufacturers say their greatest focus is on creating more durable, puncture-resistant compounds, they all work on other technology advances for their tires.

Titan currently uses a high elongation belt wire and steel belt package. It is designed to envelope, instead of being really stiff, making it easier to go over rocks and stumps, Junkins says.

Titan is also exploring application of its low-sidewall technology – currently used agriculture and OTR tires – in its forestry tire lines. For these LSW tires, Titan, which also produces wheels, creates a larger wheel and lowers the tire’s sidewall. The tiremaker feels this makes for better transfer of power to the ground, as well as increased stability and steering response, says Junkins.

Trelleborg offers bias belted tires. The belted tire offers the advantages of bias technology in terms of resistance to impacts and penetration, as well as strong sidewalls and a wide foot-print, Masella says. In addition, Trelleborg also manufactures tubes and wheels for the forestry equipment and tires.

Alliance has moved away from the standard 23-degree bar angle forestry tire and has gone to a variable bar angle tread design that helps prevent hill slippage and gives excellent traction on steep inclines, Goodwin says.

Additionally, the design provides better traction for a skidder machine in reverse, with the tread bar flaring out at the end of the cleat near the shoulder helping to clean out the mud. This traction also enables cutter machines to run without four-wheel-drive, Goodwin says.

Forestry is a very niche industry. For dealers looking into this market, they must be prepared to make a large investment of time and money.

In order to best serve forestry clients, tire dealers must educate themselves in what tires are best for certain applications and machines. OEMs are a good source for application and technical information, but the customer and their experiences are usually the best teacher. Additionally, dealers must make an investment in specialized equipment to serve their customers out in the field.

“The biggest thing right now is to be a servicing dealer. The logging business is pretty much run on a quota basis to the mill. If they don’t hit their quota, the business will go to someone else. Downtime is absolutely horrific for these guys,” Titan’s Junkins says. “Having a good service organization that is responsive to the logging industry is really a critical thing for being in it.“

Alliance’s Goodwin says roughly 90% of improvements in forestry equipment, including tires, have come from conversations out in the field.

“Tire dealers need to become a part of the business of their forestry customers. Go out to the site once every few weeks. Talk to the operators, ask questions and they will tell you the challenges they are facing,” he says. “There are so many variables in forestry, such as terrain and soil types. You really need to spend time on the site to truly understand your customers’ tire needs. If you do this, you will have a very loyal customer.”

All three tiremakers recommended knowing the machines working in the area and the tire sizes and ratings needed for those machines. They also advised that tire suppliers are a great resource for those dealers new to the industry or those with clients experiencing problems in the field.

“Getting the right product into the market for the forestry industry for the machines they’re using, if a dealer can provide that, and service, they’ll be the logging guy’s best friend,” Junkins says. 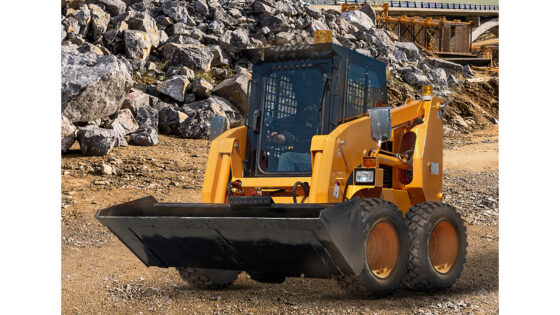 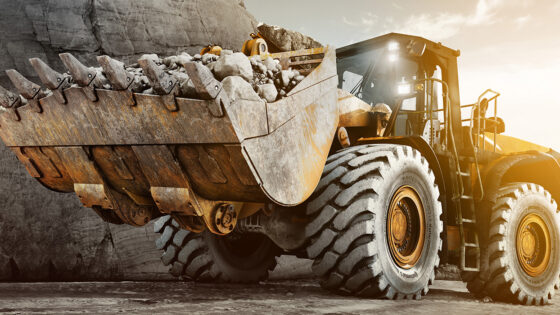 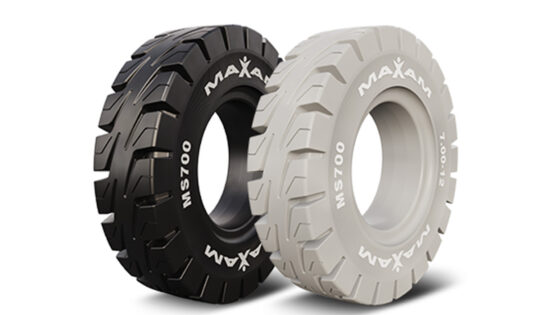