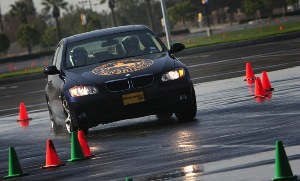 In these days of slow recovery from economic doldrums, what tire dealer wouldn’t want to know more about a segment in which steady growth is nearly guaranteed? Add to that a high profit margin and an ever-expanding customer base, and the all-season UHP segment seems like a no-brainer.

While being a player in this segment has clear advantages, to be truly successful, dealers must stay current on vehicle trends and the most popular OE sizes in order to keep up in this fast-paced arena.

Representatives from four tiremakers – Bridgestone, Yokohama, Kumho and Continental – agree that after a slight hit during the recession, the all-season UHP market is on the rebound.

“While the recession may have impacted the overall growth rate, all-season UHP still has shown a steady growth through the recession, albeit smaller than forecasts prior to the recession. We believe this segment is in recovery mode,” says Bridgestone’s John Baratta, president of its U.S. and Canada consumer replacement sales division.

According to Bob Abram, Yokohama product planning manager, sales in the all-season UHP segment passed summer UHP tire sales in 2007, and they haven’t stopped growing since. He notes the segment’s current sales could double in less than 10 years.

Brennan notes the recession did, however, cause a shift within this segment by pushing more consumers into the value price zone. As price became more important, buyers turned to available UHP products from China, many of which are sold globally and are “summer-type” designs; this did have an effect on the all-season share of UHP in the last few years, he says.

Continental, a relative newcomer to the all-season UHP segment, entered the fray in April 2009 with the release of its ExtremeContact DWS. “The launch has been very successful,” says Travis Roffler, director of marketing. “We really built a tire with the needs of the American consumer in mind – mileage and a quiet, comfortable ride, while not giving up any level of performance.”

While Continental is an advocate of “making the 45F switch” from summer to winter tires once temperatures begin to drop, the all-season market in the U.S. is an area that will see continued, steady growth, Roffler says. “We do show in our videos and educational materials that an all-season tire, albeit better than a summer tire, cannot perform anywhere near the level of a winter tire in winter conditions. An all-season tire is the middle ground. But if you’re only going to have one set of tires on your car, then clearly all-season is the way to go.”

A Shifting Segment
Trends at the OE level have greatly impacted the all-season UHP segment. One of the biggest changes is vehicles that once had summer tires as OE now have all-season tires, particularly European brands, says Yokohama’s Abram. “In the past, a base vehicle would have all-season, H-rated tires and the upgrade trim level or package used UHP summer tires. Now there are more all-season UHP options for customers that want the appearance of the sport package but don’t need or want summer tires. This trend translates directly to aftermarket sales.”

Another factor is that all-season products generally are less expensive than their summer counterparts, and usually are backed by a mileage warranty, he adds.

“With regard to keeping up, I think most manufacturers now understand that they have to take their all-season UHP technology as seriously as they take their flagship summer UHP tire technology,” Abram says, noting Yokohama’s Avid ENVigor and Advan S.4 offer what the tiremaker believes to be significant performance and value upgrades from most OE and replacement offerings. “We might even see a marketing priority shift over time, with summer UHP tires getting replaced by all-season UHP for the top billing.”

Although vehicle manufacturers are shifting to larger wheel diameters and higher performance tires at the OE level, this doesn’t necessarily translate into the UHP market, according to Continental’s Roffler. “As far as the OE trends, we see more of a shift from T-rated to H-rated tires, as opposed to V- or W-rated UHP tires. Manufacturers are shifting to a little more performance, but not all the way to UHP, which Continental views as V-rated and higher.”

However, the increase in UHP sizes is a result of OEMs adopting larger wheel diameters and lower aspect ratios. “Vehicles such as the Toyota Camry and Honda Accord – family sedan vehicles – now come with tires that are UHP sizes,” says Kumho’s Brennan. “This change has made tiremakers expand UHP segment sizing into several tire models that were broadline or HP segment fitments in the past, increasing the number of sizes dealers must carry to fill market demand.”

To keep up with the expanding all-season UHP size lineup, rapid delivery shipment programs of small unit orders to dealers has increased, bumping up freight costs for both tiremakers and dealers, Brennan says, adding that as the number of options ex­pands, the industry’s ability to deal with inventory and logistics issues must be improved. “We’re seeing dealers choose to stock tires that offer greater flexibility and can be mounted on a wider range of vehicles. As a result, all-season UHP models are sold across the U.S. and tiremakers have reacted by developing all-season tires with wide operating ranges for grip, ride, wear and snow traction.”

Because of this, Kumho offers a large number of all-season UHP options for different vehicles and at different price points. “Our value-priced Ecsta ASX remains the most popular due to a wide performance capability and large size offering, but the Ecsta LX is growing fast, as it offers the touring capabilities of long mileage, ride comfort, snow traction and handling,” Brennan says.

Yokohama’s Abram says 25 sizes will cover about 80% of the all-season UHP market. However, this market is changing fast, so those 25 sizes most likely are a moving target. “The all-season UHP segment is the fastest-growing in perf­or­mance tires. By choos­ing not to compete, a dealer is choosing not to participate in the future.”

The key to success in selecting tires is to find a distributor that is willing to stock a broad lineup, according to Conti’s Roffler. “If you don’t have a distributor that can get a tire to you very quickly – and offer recommendations on what to stock in your particular area – you’re going to be on the outside looking in when it comes to this category.

“We work with our dealers, going into a particular geographic area and giving them the top six sizes, including speed rating, in a five-mile radius around their store,” he continues. “That dealer knows which tires to keep in stock based on car registrations and vehicle data near a particular store.”

SKU proliferation in this segment – an almost 100% increase since 2001 – is expected to continue, but not so drastically, according to Bridgestone’s Baratta. But the benefits to carrying all-season UHP tires – like Bridge­stone’s popular Potenza G019, Potenza RE960 AS Pole Position and Firestone Firehawk GT – can outweigh the challenges, he notes.

Meeting Customer Needs
When selling to the all-season UHP customer, it’s important to explain why a certain product is the right one for that person’s vehicle. Roffler says, “Let them know why a performance rating is necessary. Train your staff to explain that a UHP tire performs just as well at 30 mph as it does at 130 mph, that it’s specifically de­signed for performance and handling on that car – and that downgrading the performance level could put the customer in danger.”

Abram says the best thing a dealer can do is research the consumers in his or her area and match product offerings accordingly. “For every one or two all-season UHP customers who are interested in getting the most traditional high performance attributes out of their tires, there are another 20 who are merely trying to best match what came on their car, as their budget allows.

“Ask qualitative questions about how the consumer uses the vehicle and about the pros and cons of his or her previous set of tires,” he continues. “Explain the tradeoffs of mileage, comfort and grip. Educating the consumer along the way will help build trust and secure your position as expert.”

“Dealers should use all-season UHP displays in the showroom and utilize product literature that explains the attributes of all-season tires to customers,” adds Baratta. “They should take the opportunity to sell the features and benefits of this segment, especially in non-traditional winter tire markets. All-season UHP tires may extend the usage of the vehicle longer – allowing a vehicle that may have been parked in the winter to still ‘get around.’”