Backed by an Orlando law firm, Florida State Rep. Jason Brodeur has proposed a bill that tackles both the sale of used tires and tire aging at the same time.

Backed by an Orlando law firm, Florida State Rep. Jason Brodeur has proposed a bill that tackles both the sale of used tires and tire aging at the same time. 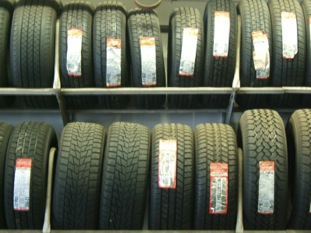 The still unnamed and un-numbered proposal would require “retail used tire dealers” to inform buyers of the age of the used tires they are buying and provide “certain warnings relating to the age of used tires.”

“(a) The week and year the tire was manufactured; and

“(b) The following statement:

“‘Passenger and light truck tires, including spare tires and tires that are stored or have had little or no use, deteriorate as they age and are more prone to sudden failure that can cause a crash. Heat caused by hot climates can accelerate the aging process. Most vehicle manufacturers recommend that passenger or light truck tires be replaced after six years, regardless of the remaining tread depth.’”

A violation brings a fine of up to $250 per incident, and Brodeur proposes the bill become law and take effect by July 1, 2013.

Orlando-based law firm Newsome Melton is backing Brodeur’s effort, and has been drumming up support through the Florida media, and its website.

“Despite several efforts in multiple states in recent years, legislators have been unable to establish laws that would require tire manufacturers and retailers to provide consumers with a tire’s age upon sale,” said the website.

Firm principal Rich Newsome told WFTV-TV in Orlando that he has a “warehouse filled with wrecked cars,” and said the “link in a lot of these cases is the age of the tire. Most people don’t know it, but tires have a shelf life.”