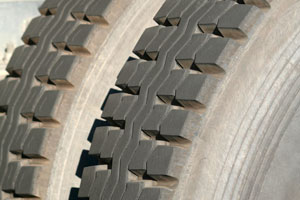 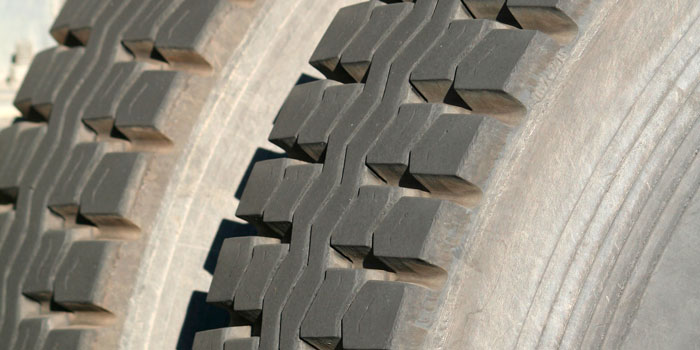 Even as consolidation continues within the North American retread industry, statistics show growth for those retreaders that are investing dollars every year into new processes, equipment and technology that benefit trucking fleets.

According to Tire Retread & Repair Information Bureau estimates, the number of retread facilities in the U.S. has decreased by half since 1990. Today, the association estimates around 700 retreading plants exist in the U.S. compared to 3,000 in 1990. Yet, TRIB says that the output throughout the years has remained steady.

While retread output has remained fairly solid during the last 15 years, sales of new medium truck tires have increased sharply – especially in recent years – taking a bigger percentage of the replacement market. One market watcher says that in 2000 retreads were “roughly 55%” of the total replacement medium truck tire market.

For decades, the cost benefit of retreading was obvious; retreads were less costly than new radials for drive and trail axle positions. In recent times, though, that market price advantage has been seriously challenged by Tier 3 and Tier 4 Chinese imports. Even a few Tier 2 brands are coming in below more familiar brands here.

But there were reports of new Chinese tires (11R22.5) landing here at under $200 per unit. It would be hard for most medium and large size truck fleets to turn away from such a deal, even if it means buying one-and-done tires and landfilling the casings.

“A big driver of the decline since 2000 has been the trend to purchase low price import tires,” one retreader told us. “We have also seen relatively high casing prices affect the total tire market numbers, which has had a big impact on the retread business.”

Import shipments show that more than 63% of the new tires entering the U.S. market in 2014 came from producers in China. That isn’t expected to change anytime soon, but experts point to multiple data points as reasons to be optimistic about the retreading industry going forward.

Some in the retreading business are concerned. Some larger fleets, they claim, are buying premium brands for steer and some drive positions and China-made units for trailer and some drive positions – but they don’t want to retread the Chinese casings. Fewer quality casings will put a lot of price pressure on retreads at a time new decent quality Chinese brands are already being sold at lower-than-retread pricing.

Plus, reported prices for some Chinese brands are well below the price of a quality retread.

Despite these concerns, retread companies see blue skies ahead.

“Overall, the trucking business in general is booming and we as retreaders will benefit from that,” said one observer. Casing prices have even dropped, which is key to keeping the price of retreaded product competitive against low-cost new tires.

While some see this moment in time as reasonably favorable, others expect the market to continue as it has for the past 20 years, with “modest growth” in 2016, primarily off of the OE market’s resurgence.

This positive outlook could mean good news for small business owners, according to Continental Tire the Americas, which expects to see the further growth of the retread industry lead to a resurgence in small retreaders.

“The retread market has seen the decline of the small independent retreader and an increased capacity at larger independents or manufacturer-owned locations,” said Conti.

Steve Powers, vice president of sales for Brahler’s Truckers Supply, an independent tire retreader with facilities in Missouri and Illinois, believes that consolidation is an opportunity for business, especially for retreaders that focus on partnering with commercial vehicle owners.

“It’s a highly competitive market even as consolidation continues,” said Powers. “At the same time, truck owners are being stretched thin. That leaves us with the opportunity to get in with a fleet and assist them.”

In assisting commercial vehicle owners, a retreader must act as a business partner, helping to manage the total cost of the fleet’s tire investment.

In the most cost effective tire programs, fleets will purchase new tires for the steer axle and some drive positions and rely on their retreader to maximize that tire investment. Ultimately, that steer casing should hit every axle position. In a normal fleet tire lifecycle, that should reduce new tire spending while minimizing on-road downtime. In that way, Brahler’s sees the job of the retreader as that of an asset manager, said Powers.

“We partner with our fleets to maintain and use every asset on the ground to get the lowest cost per mile possible,” said Powers. “All new tires purchased must fit a determined criteria in the tire program to affect the fleet’s bottom line, both short term and long term. At Brahler’s we call that our B-Smart program.”

On the equipment side, retreaders are seeing continued improvements in shearography, extruders, curing chambers, repair products and more in the coming years, with a focus on one thing: efficiency.

“Retreaders are looking for ways to push more tires per person relative to the investment in the plant,” said a marketer. “We also know the economics of retreads and that we have to remain very competitive against new tires.” Thus, every penny saved in terms of efficiency is a major factor in keeping retread costs low.

When it comes to casings, retreadability continues to be a top concern for manufacturers. Bridgestone, Michelin, Goodyear and Conti all say that 100% of their medium truck tires are, and will continue to be, highly retreadable.

Conti’s 3G Casing improves casing durability and heat dissipation in the bead, crown and belt package, according to Conti. The 3G Casing also offers retreaders a standardized platform of 245 mm, “creating efficiency for both the retreader and end-user.”

SmartWay verification is another major topic among manufacturers, particularly when speaking about long-haul applications or regional vehicles running in states requiring SmartWay certification.

“This program is important since the U.S. retread market is almost equivalent in size to the new tire replacement market,” said one manufacturer. “This program involves looking at the products in a different light; it affects the design, compounding and tread depth of the products.”

With the cost of fuel, the importance of fuel economy remains relevant. For most fleets, fuel costs remain the single highest non-payroll operating expense.

Retreaders, however, still have a lot of work to do to overcome the perception that their products are not fuel-efficient, said experts.

It wasn’t until 2012 that the U.S. EPA incorporated retreads into its SmartWay program. The number of SmartWay-verified retread products continues to grow, but growth has been slow.

As the retreading industry picks up, commercial fleets will continue to rely on retreaders to make recommendations that make sense to their bottom line, both long- and short-term.

“Cost is a significant advantage of retreading and the reason they have been popular for many years,” said one producer. “Replacement tire and retread costs are determined by many factors, including the price of raw materials, the volume sold in each category, purchase mix and quality.

“For the fleets that choose to retread, they can save themselves significant amounts of money when managed properly. Retreads can perform similar to a new tire for much less.”