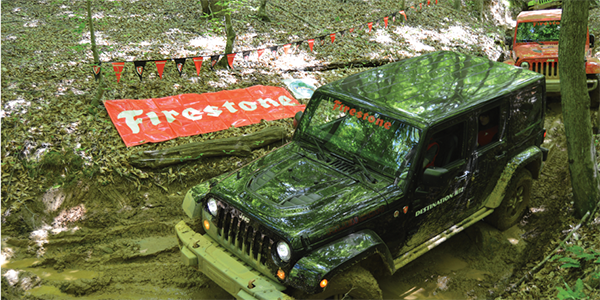 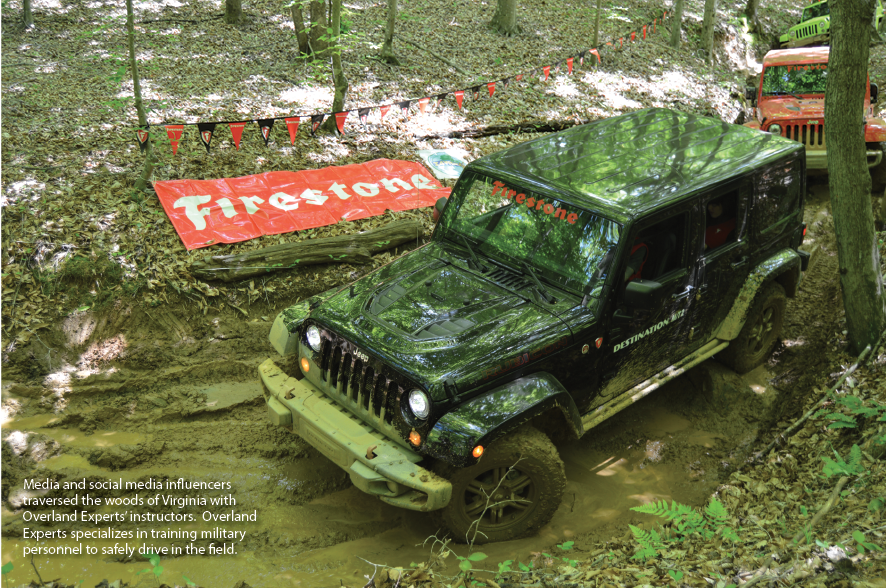 Technology has come a long way in 15 years. The original Apple iPod could never compete with today’s smartphones, and who could have fathomed virtual reality headsets would become household items.

According to Bridgestone Americas, computer-aided tire design has come just as far. Fifteen years after the launch of the Firestone Destination M/T tire, improved technology has prompted the tiremaker’s Firestone brand to introduce the next generation of its mud-terrain tire – the Destination M/T2.

“The Firestone Destination M/T2 tire is the ultimate tire for adventure-seekers looking to get the most performance out of their truck or Jeep,” said Erik Seidel, president of consumer replacement tire sales in the U.S. and Canada at Bridgestone Americas. “Overlanders and weekend warriors expect their tires to perform across a wide range of intense conditions, and the Destination M/T2 delivers an incredible off-road driving experience. We built a tough tire that attacks the terrain.”

Automotive media and social media influencers experienced the new tire at the Firestone Destination
M/T2 Challenge event, hosted at Overland Experts’ off-road training site in Orange, Va. Fitted on Jeep Rubicons, the new mud-terrain tires were put to the test on uphill climbs, off-camber rocks, and in lots of mud. 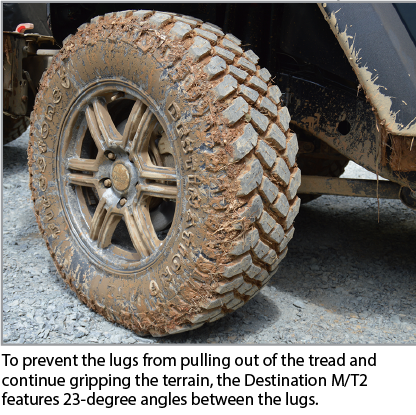 Designed for 4X4 vehicles, pickup trucks and SUVs, the Destination
M/T2 features an all-new tread compound and aggressive tread design to offer even more traction in off-road conditions than its predecessor.

Built to serve the work-hard/play-hard and hobbyist drivers, features such as three-ply sidewall construction and an aggressive shoulder offer chip-and-tear resistance and traction on deep mud, rock and sand.

“When you get to a tire like an M/T tire that is expected to go off-road – that is expected to go through gravel, thorns, lots of different things – that second and third ply in the sidewall helps reinforce this area of the tire and help prevent punctures,” said Justin Hayes, Bridgestone Americas product manager.

Another new feature assisting traction is the tire’s lug design, which Firestone refers to as “23-degree attack angles.” This design incorporates a 23-degree angle between lugs to help the tire grip surfaces for strong pulling power, the tiremaker said. Harvey Firestone and the brand’s long history in agriculture inspired this feature.

“If you think about a farm tire, what it is, it’s basically two big paddles that go back and forth as you go across the tread,” Hayes said. “Over the years we’ve discovered that if those elements were at 23 degrees you would get maximum traction in dirt conditions. So our consumer tire engineers borrowed some of that technology from our agriculture department and put it into the M/T2.”

Firestone added that the 23-degree attack angles also prevent lugs from tearing out due to the stress and strain an off-road tire can endure. Plus, stone and mud ejectors help clear the tread of debris.

Another major improvement of the Destination M/T2 is snow performance. Compared to its predecessor, the tire now features sipes and 20 percent more biting edges for grip in the wet and snow. The tire is also M+S rated.

Hayes notes that it’s actually the siping that helps the tire with snow traction. Sipes help the tire to retain snow in the tread pattern, allowing the tire to make contact with the ground as it rolls. For extra grip in winter conditions, the tire is also studdable.

The Firestone Destination
M/T2 tire will be available in July in 29 sizes, 15- to -22-inch wheel diameter. The new sizes also include three 37-inch sizes. The majority of the tires are manufactured at Bridgestone’s Canadian facility in Joliette, Quebec.

The tire is backed by a Gold Pledge Limited Warranty and the Firestone 30-Day Buy & Try Guarantee.