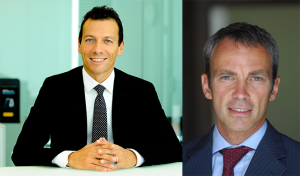 Effective Jan. 1, Paolo Ferrari, current chairman and CEO of Pirelli Tire North America, will serve as CEO of Pirelli’s Latin America region. He will be replaced by Pierluigi Dinelli.

During the past three years, Ferrari has helped Pirelli expand its presence in North America, according to Pirelli. He oversaw the rollout of its Silao, Mexico, factory, helped expand the brand’s product portfolio with the introduction of the new “Plus” replacement lines, and helped enhance marketing and distribution programs, the tiremaker said.

“It has been a true honor to lead the NAFTA team and lay the foundation for continued future growth for Pirelli in North America. Our investments in North America show Pirelli’s commitment to the region and it has been exciting to see our brand and presence growth in the region,” said Ferrari. “While I’m sad to leave a talented team and exciting marketplace, I’m also looking forward to the new challenges and opportunities that await me in Latin America.”