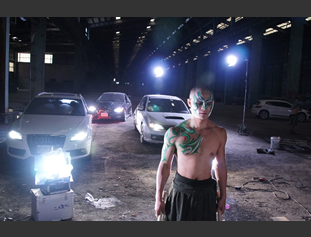 The video, which can be viewed on Federal’s YouTube page, was produced in partnership with Jiou-Tian Folk Drums and Arts Troupe. While emphasizing Federal’s motorsports ventures, the video also features an artistic and athletic drumming performance based on traditional Taiwanese culture.

“With the growth of digital technology, the emergence and popularity of YouTube and other similar portals, video promotion has become a necessary component of any successful marketing plan,” the tiremaker stated. “It is a new user friendly and visually appealing medium to enhance our communications in increasing brand recognition, and bringing awareness to…millions of passionate motorsports audiences.”

The street-racing action film showcases a trio of racecars running on Federal’s flagship UHP tires, while the tire-smoking scene is a spotlight for the tires’ “key benefits of grip, acceleration and toughness,” Federal said.

To see the video, click here. Federal also produced a behind-the-scenes video, which can be viewed by clicking here.