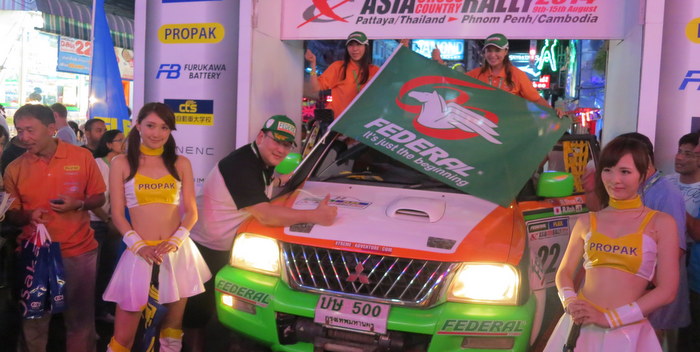 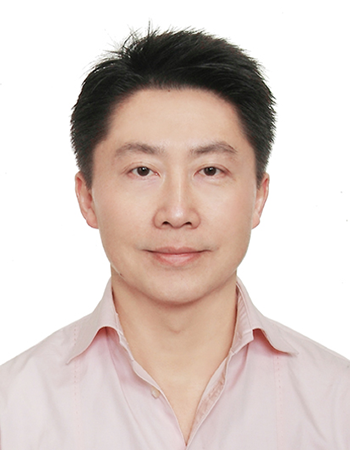 Federal Tire is a dichotomy. On one hand, it claims to be a complete global supplier of high quality radials. On the other, it is a $270 million tiremaker that is strong at home, has decent business in Europe but has limited reach in the U.S. With its global aspirations, it proudly points to its list of design and technology honors and claims to do business in 70 countries, but it remains ranked 61st worldwide.

During its 60th anniversary year, the company, headed by chairman Shu Jam Ma (Jamie Ma), the grandson of the founder, broke ground on its third tire plant, a $300 million consumer tire plant in Taoyuan, Taiwan. At full capacity, the plant will be able to produce six million tires per year. Besides its original plant in Taiwan, Federal Tire operates a plant in Nanchang, China.

Just after the SEMA Show/Global Tire Expo last November, where Federal Tire made its first appearance in a number of years, Tire Review spoke with Da-Wu Chen, the tiremaker’s global sales and marketing director, about where Federal Tire is headed.

Does Federal intend to increase its promotion in North America and in what ways?

“U.S. and Canada are one of the most important markets for Federal Tire. We are involved in many marketing campaigns and open houses hosted by our distributors to promote our brand awareness and expand the marketshare in North America. Federal Tire is also embracing sponsorship agreements. Federal has enthusiasm in motorsport, and we have been active sponsors with the U.S. Legend Car since 2010, as we bear the same concepts like fun, affordability and passion in motorsports. We will keep seeking opportunities to expand its activities in motor-sports.”

What percentage of Federal’s sales come from the U.S. and Canada?

“U.S. and Canada markets account for a crucial percentage of Federal’s annual sales. They are among the major markets that Federal is targeting.”

What is Federal planning to do to increase its sales in the U.S. and Canada?

“There are still a wide range of territories or channels that Federal has not covered. Besides, there is also a large variety of products that is yet to develop. More effort will be made to explore those new fields.”

Since 2010, Federal’s annual sales have fallen off by some $70 million. What contributed to that drop-off, and what is Federal doing to improve its position?

“The tire market has experienced immense growth of capacity in recent years. The sky-rocketing production output struck all parties of the industry by means of low and lower prices that were supported by non-market factors. Federal did not want to be a part of that price war. Now Federal has consolidated itself and is ready to commence a new era of growth by exploring new territories, new channels, and new products. The new factory shall play an essential role in the path of growth.”

The new plant in Taiwan will add another six million tires annually. What markets will be served by the new plant?

“The new factory will be used to considerably improve efficiency by reallocation of product lines. North America will be the market to enjoy the most benefit from this factory. However, tires will be supplied to other markets, too.”

Do you feel that Federal Tire’s future growth will be constrained by production capacity?

“The global tire industry is facing excess production capacity now. Capacity should not be today’s major concern for any manufacturer. Federal Tire focuses more on service, quality, and customer needs than on production capacity. With quality products provided at reasonable prices, Federal is set to challenge new highs that even grow beyond the planned capacity.”

How might the new countervailing and anti-dumping duties on Chinese tire imports that impact your plans for the U.S. going forward?

“Once the policy is instituted, as a Taiwan-based tire manufacturer, Federal Tire will likely gain more competitive advantages in the U.S. market. We have comprehensively scheduled the R&D and production plans and are ready for bringing the best service to the U.S. market.”

Is Federal looking for a joint venture partner to expand its capabilities and capacity?

“Currently we are not looking for joint venture partners.”

Does Federal have any plans to take warehouse space in the U.S. or Canada?

“Federal Tire views the North American market as an important one as a significant portion of our annual sales come from this market. As a result, we have the intention to set up warehouse space here. As to the areas we consider to do this, the Federal team is still evaluating all the pros and cons.”

What new products are you working on?

“The 595RS-RR, the successor of Federal’s iconic 595 RS-R, evolved and faster, will be launched by the first quarter of 2015. We also have schedules to create the second generation of both Couragia M/T and Couragia A/T, which are popular in the U.S. More development plans are under discussion.”

Advertisement
In this article:Federal Tire Corp.

Customer Service Scripts vs. a Sales Process
Connect with us