Taiwan’s Federal Tire Corp. has signed up as title sponsor of the ‘King of Europe’ drift series. 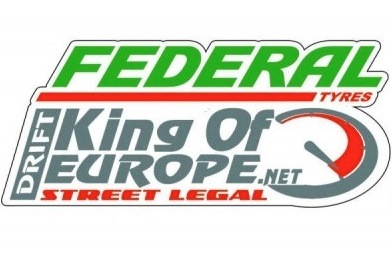 The tiremaker will give its brand name to the King of Europe Street Legal and the Queen of Europe Ladies League for the 2014 season and will also be the official tire sponsor.

The King of Europe drift series has taken place since 2005 and now includes 71 events, held in 22 countries. “It is Federal’s honor to sponsor the most prestigious drift series in Europe,” stated Federal’s marketing manager Geoffrey Chang. “2014 is an important year for Federal, not only because we sponsor King of Europe, but also because it’s Federal’s 60th anniversary. Federal views KOE as great platform to have closer contact with our clients and end-users in Europe.” (Tyres & Accessories)