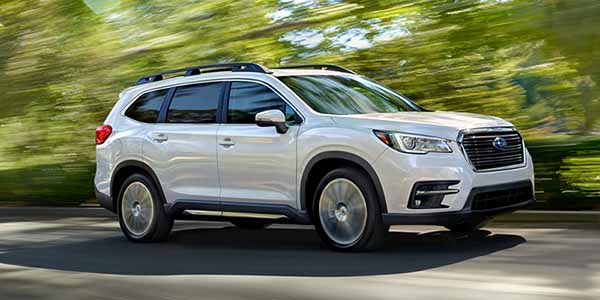 Falken Tires has been chosen by Subaru to provide its Falken ZIEX ZE001 All-Season tires as original equipment to the all-new 2019 Subaru Ascent three-row SUV.

Falken Tires are spotted on the new Subaru Ascent.

Falken Tires has been chosen by Subaru to provide its Falken ZIEX ZE001 All-Season tires as original equipment to the all-new 2019 Subaru Ascent three-row SUV, launched at the Los Angeles Auto Show.

The Subaru Ascent is the manufacturer’s largest vehicle ever with a choice of seven- or eight-passenger configurations. The family-sized SUV is built for versatility, comfort and safety, which soundly complements the dynamics of Falken’s ZIEX ZE001 all-season tires. Sizes for the Ascent are 245/60R18 and 245/50R20 (for the limited trim level) as Falken is Subaru’s exclusive supplier to this vehicle.

“We are very proud to have Falken Tires selected for Subaru’s new halo SUV,” stated David Colletti, Falken’s vice president, original equipment. “It’s obvious the Ascent is a very important vehicle to Subaru and critical to its line-up as it becomes Subaru’s biggest SUV. We know our Falken ZIEX line of tires is a perfect match to this vehicle.”

The all-new Ascent will be built at Subaru’s U.S. plant in Indiana and delivered to Subaru retailers in early summer 2018.