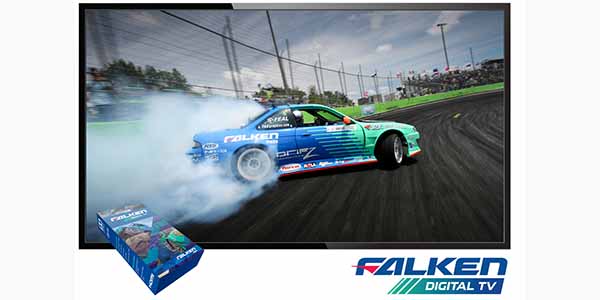 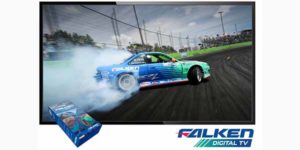 In an effort to further support its dealers and nationwide retail base, Falken Tires will launch an all new programming network called Falken Digital TV in early April.

Featuring “adrenaline-fueled content” from top networks, as well as original videos supplied directly from Falken’s on- and off-road racing teams in action, the new programming format is guaranteed to entertain. Falken Digital TV will also include programs featuring product overviews and training as well as general automotive shows and news of interest for dealer personnel and retail consumers to enjoy.

“We’re targeting to equip approximately 4,000 Falken tire dealers with Falken Digital TV in 2018 alone, enabling them to stream the content into their shops and waiting areas without any subscription or programming fees,” said Nick Fousekis, Falken’s director of advertising and promotions. “This initiative is designed to educate our retailers as well as their customers on Falken products, while entertaining them with a variety of automotive focused programming from open to close of business.”

“Falken Digital TV will quickly become a new outlet for Falken to communicate with its customers – both retailers and consumers alike,” Howard noted.

The system, developed exclusively for Falken’s retail network and streamed through Falken’s Digital TV device, will deliver fresh video daily to each store’s connected TV. Retailers will simply plug the device into their television’s HDMI port, connect it to their WIFI internet, follow a few basic set-up instructions and “buckle up” for in-store programming like they’ve never seen, said the company.