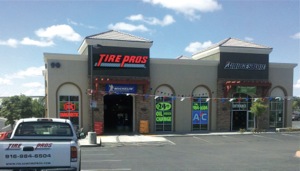 In a little over two years, Justin Breaux has turned Folsom Tire Pros into a well-respected, revenue-generating, full-service tire and automotive shop in the city of Folsom, Calif., just outside of Sacramento.

Breaux was appointed store manager when owners Roger and Betty Fuller purchased the facility in 2010.
“I worked for their son for five or six years and they wanted me to get the store going,” he explains.

Breaux has been in the automotive business since he was a teenager and has learned all the ins and outs over the years. At the age of 20, he was put in charge of managing a store and was able to generate more than $2 million in revenue.

With those years of success under his belt, Breaux was confident he could get Folsom Tire Pros off the ground using a mix of effective marketing and good, old-fashioned customer service.

“It’s a recipe like anything else,” Breaux says. “You can’t just be good at one thing. You have to be customer-centric. You have to be in-tune to understanding your customer, communicating with them, taking care of them truthfully. That’s a huge aspect of it.”

The one-location dealership is tailored for a good customer experience, with a waiting area that features ample seating and plenty of entertainment.

“We’ve got four leather recliners and a big screen TV with cable and satellite so we can keep everyone entertained,” Breaux says. “We play music, we’ve got a mini fridge with water in it and a coffee maker. We have a table and stools if you want to bring your laptop." 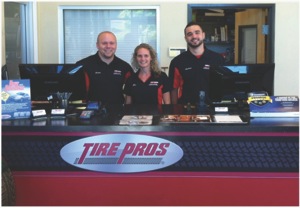 The shop tries to keep waiting times as low as possible and for customers on the go, it offers a shuttle service. The garage features seven bays and is capable of handling almost any type of work, according to Breaux.

“We do everything,” he says. "We do Kias and we just got done fixing the brakes and doing an alignment on a Maserati.”

Breaux said they also are capable of doing work on vehicles over one ton, though they see them rarely.
“We do motor homes every once in a while,” he says. “The shop was originally supposed to be a Panera, so it’s a pinwheel set-up. It has one bay door and the seven bays split off. There’s no way to get a motor home in here without shutting down the whole shop, so we do motor homes behind the building.”
On a day-to-day basis, the shop performs a variety of services from tires, wheels and brakes to alignments and oil changes, to name just a few.

“It’s a shorter list to tell you what we don’t do. We don’t do the actual rebuilding of transmissions here, we don’t do (engine) swaps and we don’t auto body,” he says.

It also uses top-notch equipment, such as Hunter’s laser alignment rack and Coats and Hunter tire changers to get the jobs done right. 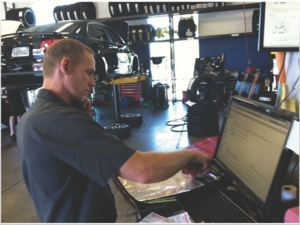 Standing Out
Breaux says the shop’s ability to do everything under one roof puts it at an advantage over the competition.
“In our area, there really aren’t a lot of places that do all of what we do,” he says.  “There’s a place across the street that only does tires and wheels, that’s easy for us.”

While it has a leg up on the competition, Breaux says one of the dealership’s biggest challenges has been getting the Folsom Tire Pros name out to the community.

The business has used direct mail and local advertising to help spread the word, as well as racking up online reviews from sites such as Yelp and establishing a social media presence on Facebook.

“We did advertising on the shopping carts over at the grocery store with high traffic flow,” says Breaux. “Right now our strongest pull from marketing is our website, just because we built that with awareness in mind.”

The website allows customers to print out coupons, shop for tires and wheels and schedule appointments.
One marketing tool that’s been a big help to the up-and-coming shop is its affiliation with the Tire Pros network. “The business managers with Tire Pros really constructively try to find ways to help you grow your market and help you be more innovative,” Breaux says. “They help you with whatever problems you’re having.”

He adds that being able to swap ideas with others in the industry has been a big benefit.
“Our particular manager is really good because he gets to see a multitude of stores, he gets to see other people doing well and knows what works.”

Making Connections
In order to make a name for itself in Folsom, Breaux says the shop has been active in the local community.

During its first year in business, Folsom Tire Pros helped raise money for a local charity called “Viva la Jessica” for a 10-year-old girl who suffered a traumatic brain injury in a horseback riding accident. Last year, the shop helped raise funds for the Rachel Gray Foundation for a young woman who was severely burned in an off-roading trip with friends. It also participated in the “Race to Keep Hearts Beating” poker tournament, which is dedicated to raising awareness of Sudden Arrhythmia Death Syndrome. 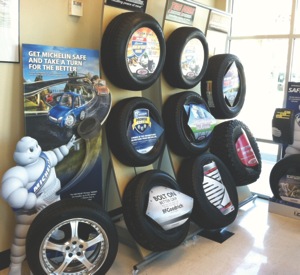 Additionally, Folsom Tire Pros hosts car washes and candy fundraisers for local youth sports organizations.
In just two years, the company has already established a solid repeat customer base, to which Breaux credits his employees for taking care of the customer from beginning to end.

“We have a very friendly environment; we know all of our customers on a first name basis and truthfully, we’re just honest with customers,” he says. “It’s just getting everyone on the same page, from the guy sweeping the floors to the back crew.”