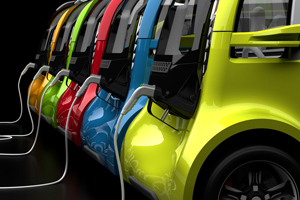 Electric vehicles currently make up less than 1% of the total global car population. By 2040 this segment could reach up to 15 to 35% of total new vehicle sales globally, according to IHS Markit. The findings are part of a new research project, “Reinventing the Wheel.”

“The key question is whether we are approaching a transformative shift akin to the first decade of the 20th century, when the internal combustion engine, cheap gasoline, bicycle technology and mass production combined to usher in the automotive age,” said Dr. Daniel Yergin, vice chairman of IHS Markit and chairman of the study. “Converging developments along multiple tracks are leading us to focus on this important question.”

While electric vehicles constitute a small percentage of the world’s vehicle sales and on-road fleet today, sales in 2016 are up more than 1000% since 2010.