Since being installed as the chairman and head of Double Coin Holdings just a couple of years ago, Liu Xun Feng has been busy both stabilizing his fast-growing international tire company and creating new ways for it to continue growing. 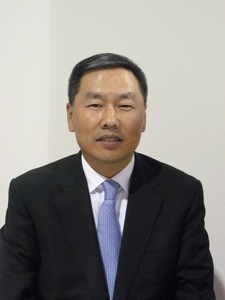 Long a respected and well-known name in its domestic market, Double Coin was starting to make headway in foreign markets – like the U.S. and Canada – when the global economy fell flat.

While that curtailed some opportunities, the downturn actually helped boost Double Coin sales in North America. Truck fleets sought out strong-but-less-expensive alternatives for their tightened tire budgets. The farm and OTR tire markets shook loose, and with the truck tire market back on the rise, the Double Coin radial brand sees a bright future.

Moving forward, Double Coin is getting back into the consumer tire business. After a previous venture with Groupe Michelin in China fell flat, the two joined forces again, this time on a joint-venture Warrior brand passenger and light truck/SUV tire plant in which Double Coin holds a 41% stake. Double Coin parent Shanghai Huayi (Group) Co. controls another 20%, and Michelin 40%.

Double Coin Group (Anhui) Warrior Tires Co. will operate a $390 million plant now being built in Wuwei, Anhui province, some 300 miles west of Shanghai. The first test production tires are scheduled to come off the line this April – one year after the joint venture was first announced.

Initially, the industry thought the new joint venture plant would focus on North America, but according to Liu the export market for that facility is a few years off.

“CMA recognizes this strategic partnership as the first step in the marketing of passenger and light truck tires from Double Coin Holdings into North America,” said Aaron Murphy, CMA vice president. “We are excited about the opportunity to market products from the joint venture, and anticipate the same level of interest from our customers as another high quality product is offered by Double Coin.”

“Export is certainly one of the ob­jectives for the plant,” Liu said, “but the primary focus initially and for the next few years is on the domestic Chinese market – OE and replacement.”

While fairly late to the consumer tire market outside of China, Double Coin sees great opportunities in the still-growing auto market in China and in North America and Europe further down the road.

Liu said the company is targeting the first quarter of 2013 to begin limited export. “We will be scaling up the quantities,” Liu said. “Europe and, eventually, North America are important tire markets.”

At present, though, the focus for Double Coin is to “be the number one tire manufacturer and service provider in China. “Good service adds value to the customer,” said Liu. “On the commercial side, technical services are very important and we are working to improve those.”

“Now we will have passenger radial tires to go with our truck/bus radial, OTR and farm products in the U.S. and Canada. We will have a complete product offering within five years time,” he said.

The radial passenger and light truck tires coming from the joint venture plant, Liu strongly insisted, “will not be entry level tires.” As he re­minds, “Our target is very clear: produce world-class quality, high technology tires. We see our main competitors as being the South Korean manufacturers (Hankook, Kumho and Nexen) and some of the Japanese makers (Toyo, Nitto and Yokohama specifically).”

Producing world-class tires is one thing. Getting them into customers’ hands is another, and Liu points proudly to its CMA operations as “a very good model of how we can provide products and professional services to customers.

“Other (Chinese) companies have a start in North America but they have a long way to go,” he said. “Managing an American company is very different from managing a Chinese company. You need very good people, and it takes time to understand the market and the culture and the way of thinking. You have to build a team locally and you have to trust them. I don’t think some of the Chinese tire companies have the ability to do that. They have a long way to go.”