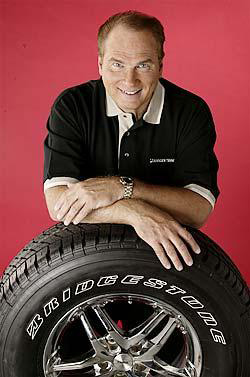 In this new semi-regular feature, we’ll interview key individuals on important issues facing the tire market. For this first installment, we sat down with John Gamauf, vice president of consumer tire sales for Bridgestone/Firestone Inc., to discuss the impact last year’s recall and the current Ford-Firestone situation has had on BFS’s business.

There’s been a lot of speculation on how the recalls and negative publicity have damaged BFS and hurt its tire sales. In real numbers, what’s the impact been in consumer tire sales? How about in commercial tires? How many dealers has BFS lost?

"I sat next to a guy from one of our truckstop customers, and he said they are not suffering at all from the standpoint of the brands themselves. I’ve heard this from other parts of our commercial business, as well. It’s only affected the passenger end. But our dealers are hanging in there with us. Now, has every one of them stepped up to the same support level? No. And we understand that. But we have some dealers selling more Firestone than they did last year. And we have some at 90%, some at 80%, and we have some as low as 25%. If you want to average it out, our Firestone brand sales are probably about 60% of last year.

"By the same token, our Bridgestone brand sales are up substantially, as well as our associate brands. So, if you add it all up, our sales are only down 10% to 15% from last year. Does it matter if we sell a few more Bridgestones and a few less Firestones? I don’t think so. That’s the lemonade out of the lemon.

"Initially, we expected there to be a big loss of sales. But our dealers have stepped up. Twice already this year, we’ve raised our sales budgets from our initial predictions. We oversold our initial budgets by almost 800,000 units the first six months of the year, and we’ll probably more than double that in the second half."

What about your dealers in the hot weather states that had a lot of the tread separations problems?

"In Florida, we obviously have a very strong base with Morgan Tire down there, and they’ve been very supportive. And our distributors down there have been strong. Our business has remained strong in Texas and across the southern region. Probably the area we got hurt the most was the West Coast. I think the Firestone brand loyalty factor on the West Coast wasn’t as strong as the rest of the country. The Northeast was another area that was tough early on, but that’s coming back strong right now. I think a lot of dealers up there are going to come close to their purchase levels of last year."

What was the reaction at BFS when the first recall came down? What’s your dealers’ take been on the recalls and BFS’s battle with Ford?

"I’ve been in the CEO meetings for the last nine years. If we’ve got a quality problem, it would have been discussed in this setting. But now we know that the increased rate of tread separation claims really only affected an extremely small number of our tires. And they were handled in the August recall. So when the recall happened, it was a shock. We had a different style of management then, and we were not prepared. We floundered, and every day we floundered Ford picked up momentum. Most of our dealers had not seen one tread separation on a Wilderness tire. Ever. And I could tell all the stuff we knew wasn’t getting in the USA Today or the Wall Street Journal.

"Some of our dealers started inviting me to their meetings, and it just sort of snowballed from there. University Wholesale, Target Tire, S&S, Southern Indiana Tire, T&Z, Mid-America Tire, David Early Tire, K&M, CTO, Pomps, Tire Rack, Heafner, dealers all over the country invited me to speak to their customers. We’ve met with 4,876 dealers and individuals. I keep a running total on a chart on my wall. The only way I figure we’re going to get the message out is by word of mouth, going door-to-door across the U.S., having meetings with dealers and telling them the facts as we know them. Because I don’t think we’re going to have any good articles in the USA Today, and I don’t think CNN is going to hop on this and say Firestone is getting screwed."

What good do you see coming out of this thing – for BFS and the entire industry?

"We’re going to be a stronger company because we’ll have two powerful brands. The Bridgestone brand is our best-kept secret. It’s a high quality product, and our dealers make a good margin on these tires. Prior to this .the majority of our customers were predominately Firestone. If they sold both brands, Bridgestone was probably 15%-20%, and Firestone was 75%-80%. In the future, you’ll probably see it go 50% Bridgestone and 50% Firestone. But that’s good. And the same thing will basically happen at the OE level, I think. Now you’re probably going to see a higher percentage of OE go to Bridgestone, but we won’t lose overall share or business."

One of your responsibilities is BFS’s Affiliated Dealer and TireStarz Programs. How have those programs fared since the first recall last year?

"We have over 800 dealers in our affiliated program, and right now we have 542 TireStarz dealers. And we signed 105 brand new TireStarz dealers this year. Think about that. That’s 105 competitive tire dealers who have signed up to be a majority BFS dealers. Are they crazy or what? Obviously they believe in the quality of our products and the effectiveness of our retail sell-out programs. And we signed 18 new affiliated dealers this year. If you were opening a business right now, would you open a business selling predominately BFS products? I believe we have the best program for a tire dealer in the industry. They apparently think so, as well."

You talked about signing all these new dealers, but dealers have read the newspaper stories and the trade magazine articles. What do you tell them? What’s their reaction?

What are consumers saying to your dealers about the entire situation? Is there a lot of resistance to the Firestone brand?

"That’s a very good question. We have 1,600 company-owned stores, 800 affiliated dealers, and thousands more around the U.S. that are predominately identified as Firestone. What we found is there’s a different degree of in-house share among our dealers. At the wholesale level, they carry multiple brands, they have multiple options. Some supported us 100%, others supported us to a much lesser degree. That’s probably where we took the biggest hit. At the retail level, they don’t have that many brand options, and our affiliated and TireStarz dealers have fought hard. At our retail dealers, we’re probably at an 88% level vs. last year on the Firestone brand. Wholesalers could be down at the 50% level, but among our retailers we have a very high in-house share. That’s been the difference.

"Are we getting a lot of consumers rejecting the Firestone brand? We’re getting some, but our people say 90% of the consumers aren’t balking. It depends on your approach to the sale; it depends on your attitude. You sell the best performance and value line for that particular customer, and not focus on the brand."

NHTSA still hasn’t ordered BFS to recall additional tires, which was expected within days of its last meetings with BFS. Why has NHTSA been so quiet? What does BFS expect NHTSA to do at this point?

"As of Monday (Aug. 13), NHTSA hasn’t formally told us to do anything. And what bothers me is that the media seems to be reporting speculation as fact. We gave NHTSA all our data, from the engineers in our company and all the data from our other OE customers. Why hasn’t it reached a conclusion yet? I don’t know. If NHTSA says we have to recall one more tire, we’re going to say no. As John Lampe has said, there’s no reason to replace our good tires with other tires. And we’ll take full advantage of the regulatory and legal process to prove our tires are safe."

Will the disillusion of the long Firestone-Ford relationship bring about any changes in the OE market?

"Jim, I think you raised a number of good points in your editorial in July. I don’t think I can improve on that. For example you said, let’s hope the relationship between automakers and tiremakers can allow the tiremakers to make a profit and build better working relationships on a day-to-day basis. You would hope these things come true. But I don’t know I’m not an expert. I hope those things happen. I hope this is a wake up call."