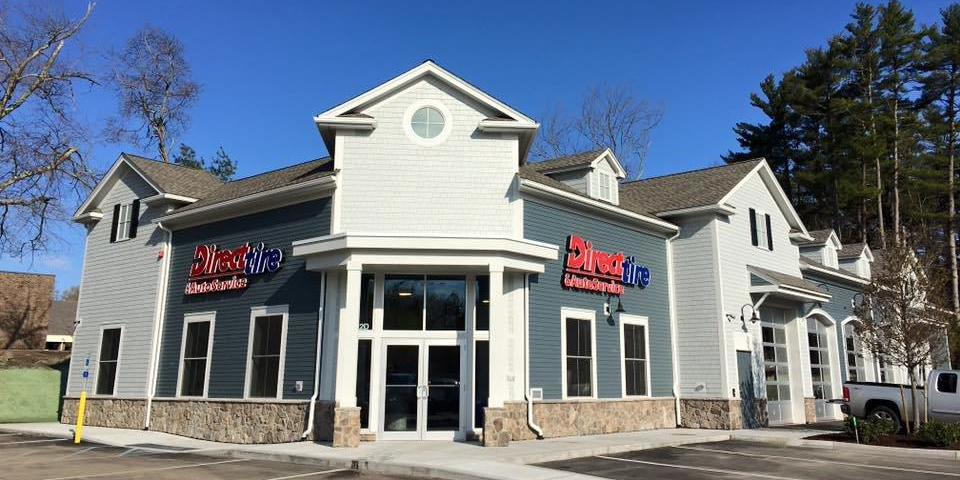 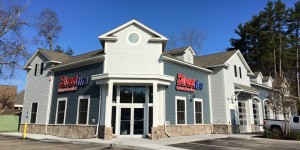 Direct Tire & Auto Service opened a new location in Medway, Mass, on May 9. This is the dealership’s 5th location in the greater Boston area.

Barry Steinberg, owner of the dealership, said Medway was the perfect location for its fifth dealership because several customers were already utilizing other Direct Tire locations.

The greenfield facility features an all look and feel for the dealership.  From the show room to the bays, the location is more efficient and modern, according Steinberg.

In the front of the shop, Direct Tire has eliminated the traditional counter and opted for three pedestals.  This change cuts of the separation from the customer and makes the experience more personal for the client, Steinberg shared.  The store also has an open  ceiling concept to give the feeling of more space.

Changes in design aren’t limited to just the front of the dealership either.

The new footprint of the eight bay shop, was chalked out inside a warehouse with Steinberg and his general manager Bob Lane, Steinberg said. 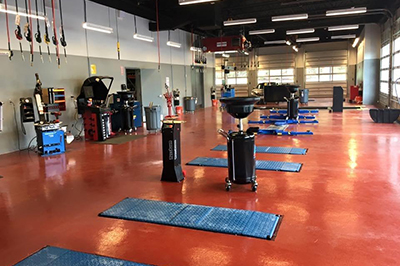 “We took everything  we didn’t like about our existing stores, we took some ideas from friends of ours and mixed up into a soup and came up with this idea,” he shared. “The layout is something we worked on for many months until we can up with what we have.”

Aimed at providing the most efficient workspace for technicians, the bays feature in-ground lifts and extra working space. Hoses providing fluids from the basement cut down on drums all over the floors and  rotary compressors eliminate excess noise, Steinberg said.

Additionally, the shop has some green features including the use of waste oil to heat the building.

As Direct Tire expands its reach with new locations, a similar design and look with be used,  Steinberg said.