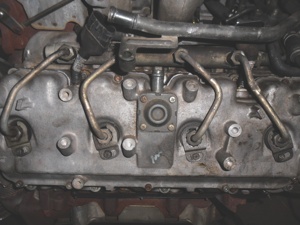 For some time now, most of the development in diesel technology has been aimed toward making the engines environmentally friendly. But as diesel ­engines have become cleaner, the power levels have also increased. This is somewhat backward to what the country went through in the 1970s with gasoline engines.

The problem back in the ’70s was we were trying to clean the engine’s emissions by adding more devices, but there were no design improvements to make any efficiency improvements. Back then, the OEs were just coming to terms with new devices to control emissions; however, technological advances and different ways of thinking have now enabled manufacturers to have the best of both worlds — more power and a greener environment. 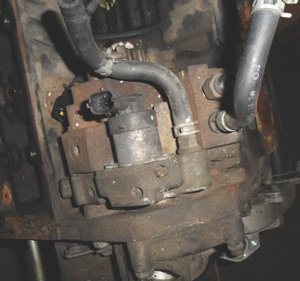 Common rail injection has been in existence for a long time but has become more popular in diesel engines over the past decade. In order to have a cleaner running engine, you have to make it more efficient.

One thing that has been discovered with diesel fuel injection is the higher the pressure at which it is injected, more efficiency is created. The purpose of common rail injection is to deliver high-pressure fuel to the injector. Fuel in a common rail system will be injected into the combustion chamber through the injector nozzle at pressures as high as 28,000 psi. This is far from the mechanical systems of the past that would inject fuel into the combustion chamber at 2,000 to 3,000 psi.

When diesel fuel is injected at high pressure, you can only imagine the difference in the fuel atomization. Fuel atomization, along with port swirl is the biggest contributing factor to the efficiency of today’s diesel engines. The increased atomization of fuel from common rail injection also created design changes to the piston and combustion chambers along with the design of the intake ports and valve train.

Just in case the fuel pressure was to spike abnormally, the fuel rails have a fuel rail pressure limiter inside of them also. If fuel pressure were to get out of hand for some strange reason, the limiter would open, allowing the excess pressure to return to the fuel tank.

After the pump has been pressurized, the fuel is stored in the fuel rails, which are accumulators for the high-pressure fuel to be delivered to the injectors through lines that branch off of them.

As high-pressure fuel travels through the rails and lines, it arrives at the injector, which is controlled by the PCM. When the PCM commands the injector to open, fuel enters the injector and is sent through some intricate passages in the injector that leads to the injector’s tip.

The tip of the injector has microscopic holes through which the fuel will be delivered that create a very fine mist. The droplet size of the fuel as it is sent through the tip is about seven times smaller than a human hair. Injectors can be actuated by a solenoid type of driver or a Piezo electric device. Solenoid-actuated injectors have been around for some time, but have been replaced with Piezo actuation. Piezo is a type of crystal that is wafer-thin and generally stacked on top of each other. These stacks of Piezo crystals, when energized by the PCM, will expand and open the injector’s valve, and its actuation is four times faster than a solenoid.

The PCM uses inputs from sensors on the engine to control actuators, which control fuel delivery. Fuel delivery is based upon demands on the engine, such as the amount of boost, the throttle position, engine temperature, etc. With the use of common rail, there can be multiple injections per combustion cycle. This can also be beneficial during cold weather start-ups.

The use of common rail has brought about many advantages to the diesel engine. These advantages are higher injection pressures for increased atomization of fuel, multiple injections per combustion cycle, and more reliable pressure regardless of engine speed. The benefits include the reduction of emissions, reduction in diesel particulate matter, reduction in noise, increased fuel efficiency and increased performance.

Even though diesel engines are becoming cleaner and more emission-friendly, the use of electronics along with better engineering keeps propelling power levels and durability. I think that as diesel engines continue to evolve and get even more efficient, they will become more of a competitor for the car buying public’s transportation needs in the near future.