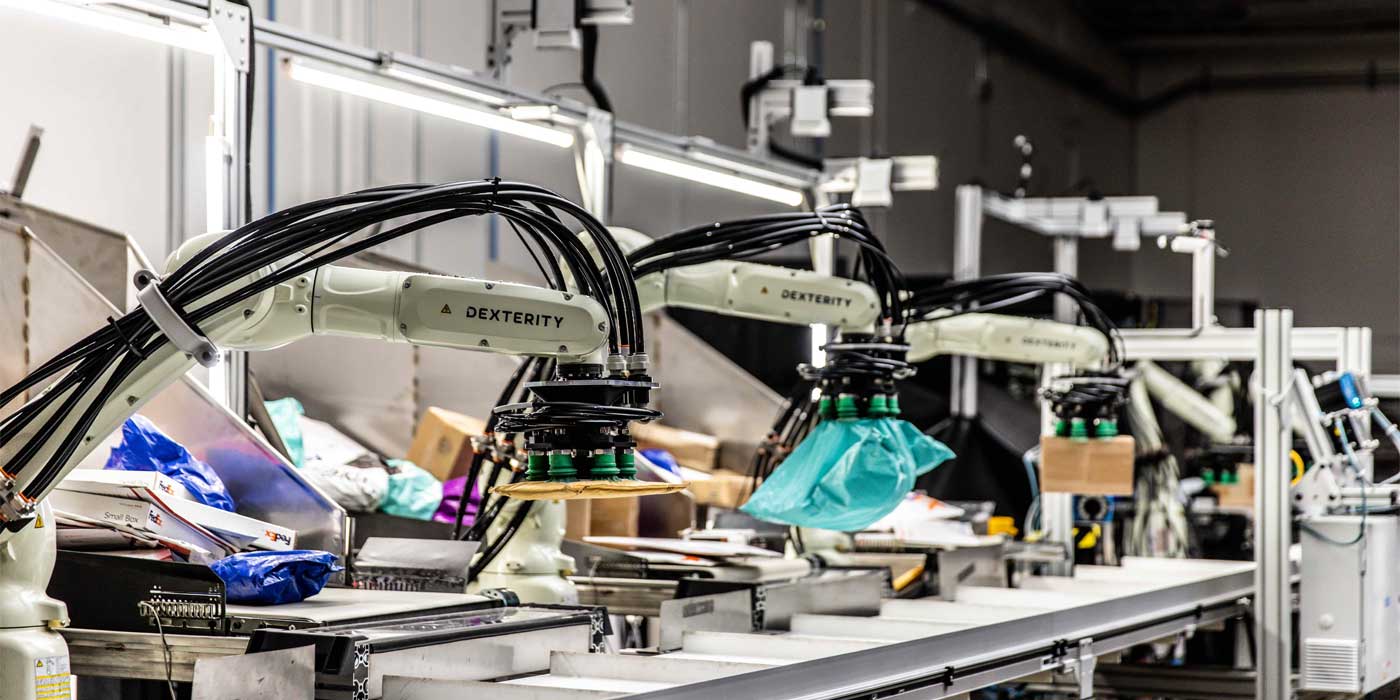 Dexterity has partnered with Sumitomo Corporation to deploy 1,500 Dexterity-powered robots in warehouses across Japan.

The Sumitomo Corporation signed an exclusive distributorship agreement in Japan with Dexterity to push into the Robots as a Service (RaaS) business. Using Dexterity’s SaaS-based robotic intelligence platform will provide customers with full-task robots, the companies say.

According to Dexterity, standard industrial robot arms equipped with their intelligence software will be able to solve jobs in the warehouse that previously proved difficult to automate. Dexterity’s full-stack robotic platform provides robots with machine learning-enforced capabilities to help them build multi-SKU pallets on the fly, singulate and induct chaotic flows of parcels and bags, as well as picking and packing easily damaged items like bread and cake.

With Sumitomo’s help, Dexterity hopes to expand access to full-task robots in Japan and ensure these systems will fit within existing Japanese warehouse workflows.

“Partnering with Sumitomo will accelerate Dexterity’s customers in getting FTE robot systems up and running in their facilities,” says Dexterity CEO Samir Menon.

In addition to working with Dexterity to deploy robots, Sumitomo will also work with Dexterity to open a demo facility in Japan. Opening in October 2022, the facility will demonstrate how intelligent robots can be integrated into the management of inbound and outbound materials, Sumitomo says.

The announcement follows news that Dematic and Dexterity have partnered to expand deployments in North America and Europe.

Dexterity says its engineers have developed, tested and overseen the installation of all its robots, resulting in more than 40 million goods picked in production at warehouses across the U.S.

Advertisement
In this article:Autonomy, Sumitomo, warehouse

Dexterity and Sumitomo Partner on Next Generation of Robots