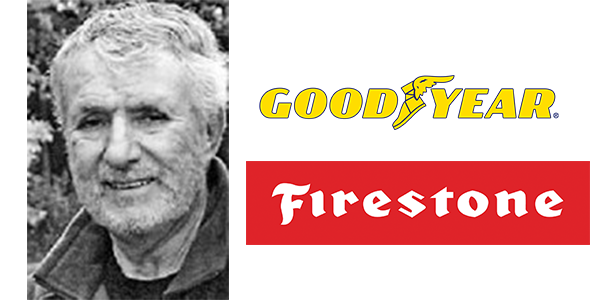 David W. Russ, a former member of the public relations teams for Goodyear Tire & Rubber Co. and Firestone Tire & Rubber Co., died peacefully at his home in northeast Ohio onMarch 13. He was 71.

Russ, a native of Canandaigua, New York, began his writing career as a journalist at Elyria Chronicle-Telegram and later joined public relations teams at Firestone, Goodyear, and the University of Akron, according to his obituary.

He graduated from Elyria Catholic High School in 1964, attended Ohio University and graduated from Kent State University. He enlisted in the United States Army in 1968. His service was honored by a veteran pinning ceremony the day he died.

Dave’s passions included writing, reading, biking, swimming, boating, hiking, and activities with family. He volunteered by donating blood, working at the International Institute to help immigrants by teaching English as a second language and setting up apartments for them. He was a member of the funeral choir and an enthusiastic reader “elf” on the Polar Express in Akron, his obituary said.

Donations may be made in Dave’s memory to the Humane Society of Summit County at 7996 Darrow Rd, Twinsburg, OH 44087. He never left a dog or cat unpetted.