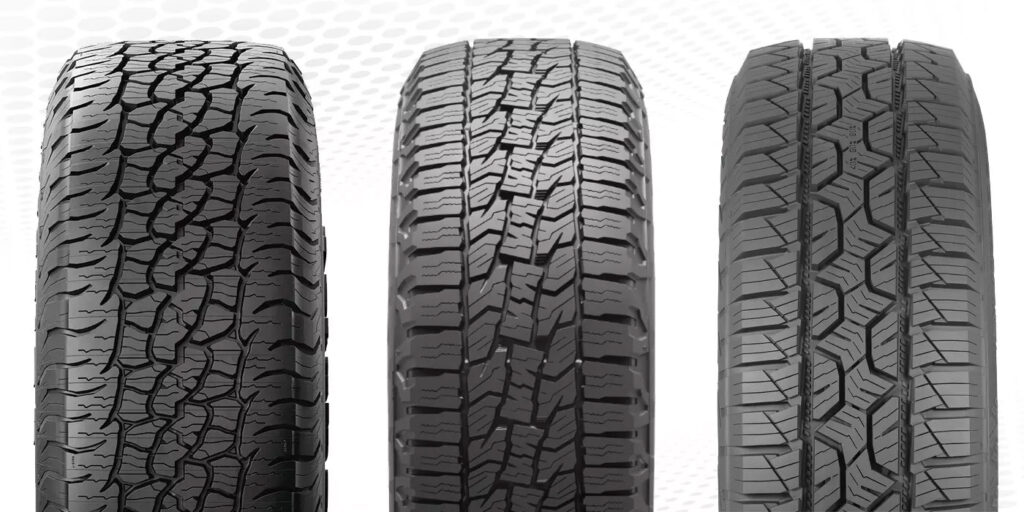 Put yourself in the shoes of a typical consumer.

After spending way too much time cooped up inside over the past year two years, all you want is to pack a cooler full of bologna sandwiches and cart the kids out to a wild adventure in your Toyota RAV4 CUV for some quality time that doesn’t involve LCD touchscreens or a cloth face covering. Rock climbing, mudding, steep inclines, hammocks on the edge of a cliff – this is happening!

…Until you start reading climbing reviews and can’t determine the difference between a bent-gate carabiner and kernmantle.

OK, Plan B: A “mild” adventure in the woods, sleeping under the stars and taking refuge in a rooftop tent. All you need is the right set of tires and that hunk of bologna.

This tire – combining great on-road features like fuel efficiency with off-road features like traction, grip and durability – is out there, and you can find a version of this tire segment from a variety of tire manufacturers in the marketplace. Falken Tires has its Wildpeak A/T Trail CUV all-terrain tire, for example, BFGoodrich has its Trail-Terrain T/A tire, and Nokian Tyres has its Outpost APT.

These aren’t the A/T tires we all know and love, mind you. Think of tires in this segment as A/T’s little brother, built for consumers stretching the capabilities of their CUVs beyond what was once typical.

“The little brother’s still robust, but, I mean, obviously, he’s in a certain weight class and the big brother is in another weight class,” Howard says. “But for his weight class, the little brother, the A/T Trail, he’s the dominant force. He does everything really well. You can take him off-road and go wheel with your buddies in your crossover. He’s going to be great on the snow. He has great wet traction. He’s going to be quiet. He’s going to give you a good mileage warranty. We wanted to incorporate all of this into this tire to really set the benchmark for that kind of trail-type tire.”

Tires in this new segment are popular for all the same reasons as A/T tires, they’re just built for a different audience. Steve Bourassa, Nokian Tyres director of products, says he noticed an audience for these tires after spotting a particular Jeep Cherokee in his neighborhood.

“He put some stickers on it and he put a lift kit on it, and he’s got the bike rack and one of these cages on his roof to throw all of his toys on. I was like ‘Really? Who’s looking to off-road their Jeep Cherokee?’ Bourassa says. “That was sort of the catalyst, there actually is some consumer need for this type of vehicle, and I think that we can build the right product to get this guy where he wants to go with what he wants to do with this vehicle.”

So, Bourassa theorizes, demand for a new tire segment like this is made possible based on OEMs building and providing these types of vehicles to the marketplace, but that demand only comes into existence thanks to consumers like the owner of this tricked-out Cherokee.

Brandon Sturgis, product manager of BFGoodrich CUV/SUV/LT/off-road tires, says the birth of this branch of A/T tires (which he refers to as the on-road all-terrain segment) is simply a natural evolution based on specific consumer preferences for all-terrain tires on CUVs, SUVs and light-duty pickups. All-terrain tires aren’t new, and neither are off-road-oriented vehicles or trim levels, and there is a huge swath of customers looking for some off-pavement capability without wanting to sacrifice on-road performance.

Sturgis presented two examples to back this up:

“First: The initially-niche market of fitting All-Terrain T/A KO2 tires on CUVs (the company’s off-road all-terrain tire) has really grown in the replacement market over time. We received a lot of input from these consumers on what they like and what they don’t like, which led us to the development and launch of Trail-Terrain T/A. It’s clear, though, that the OEMs are listening as well and are now offering more off-road-oriented trim levels with their CUVs.”

“Second,” he continues. “The consumer take rate of 4×4 light-duty pickups vs. 4×2 has increased each year, with three-quarters of all light-duty pickups being purchased being 4×4. Customers who purchased these vehicles are looking for more capability from their tires without sacrificing the on-road performances that they want to maintain.”

For Falken’s Howard, this tire segment, which Falken calls the “Trail” segment, came about as a mix of consumer demand and a stellar OEM marketing push.

“If you’re in touch with what’s going on with Subaru, you’ve kind of seen how dynamic vehicles like a Forester or a Crosstrek can be. The OEs have done a great job marketing the vision of what this platform is going to essentially be like.”

You know the commercials Howard’s referring to: The CUV conquering a mountain trail with a big dust cloud behind it, or zooming through the woods maybe splattering some mud on the camera lens. They scream, “Hey you, the one cooped up inside. Tired of driving on roads? This one goes on adventures.”

To continue that narrative, by the way, Toyota chose Falken’s A/T Trail tires as OE on the RAV4 TRD CUV.

“You maybe had the base model, but now you got the adventuring one, so what’s the first thing you’re going to do? You’re going to go on an adventure,” Howard continues. “And then, once you experience it, you’re like, ‘Wow, this is great. All I spent was gas, and we drove to the mountains and had a picnic, and it was amazing.’ You get a taste of that.”

That’s when the consumer wonders what it will take to enhance that adventure next time, and an easy first step is to upgrade the tires.

“That’s the first step into saying, ‘Hey, now I can go further than I could have on that stock OE tire.’ And when people get a taste of that, it’s just like, ‘Wow, I’m able to go deeper down the trail or go higher up this mountain,” Howard says. “It’s a whole other world.”

Looking for more on this new A/T tire segment? We’ve got it:

Despite unexpected challenges, 2022 ended as a success for Nokian Tyres, thanks to strong partnerships and more. 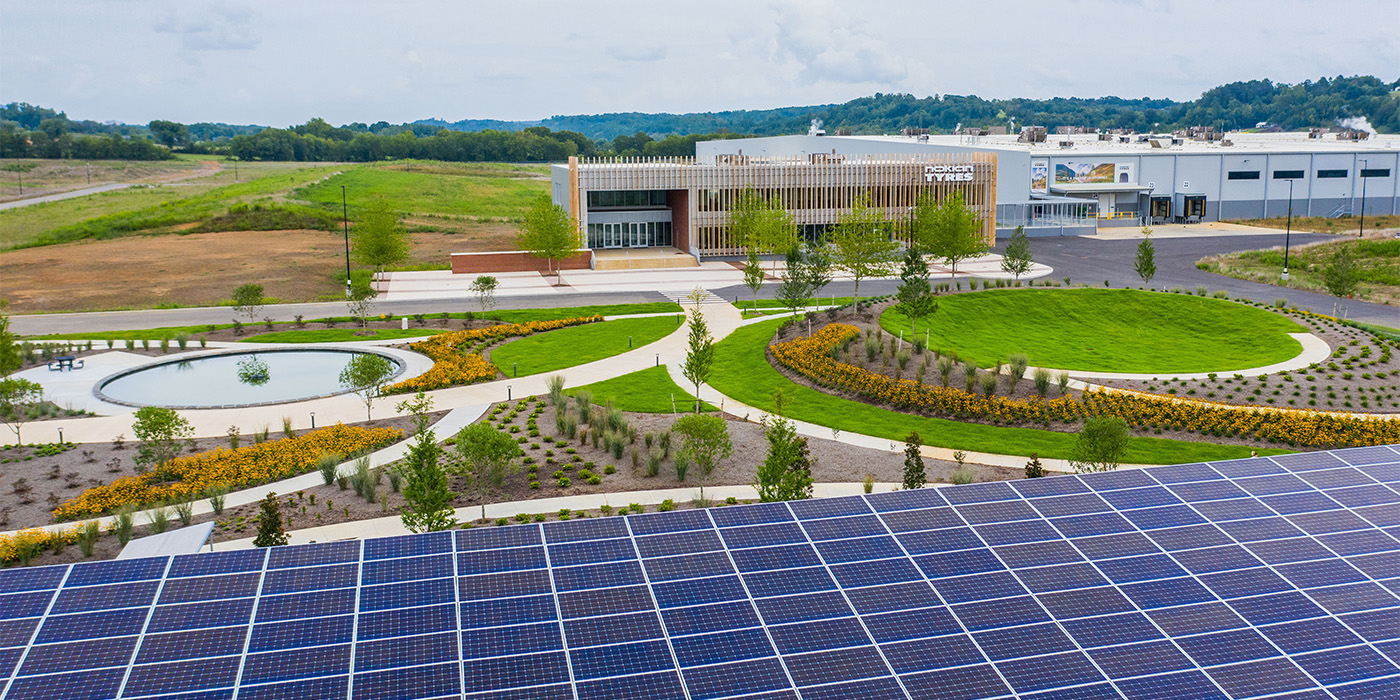 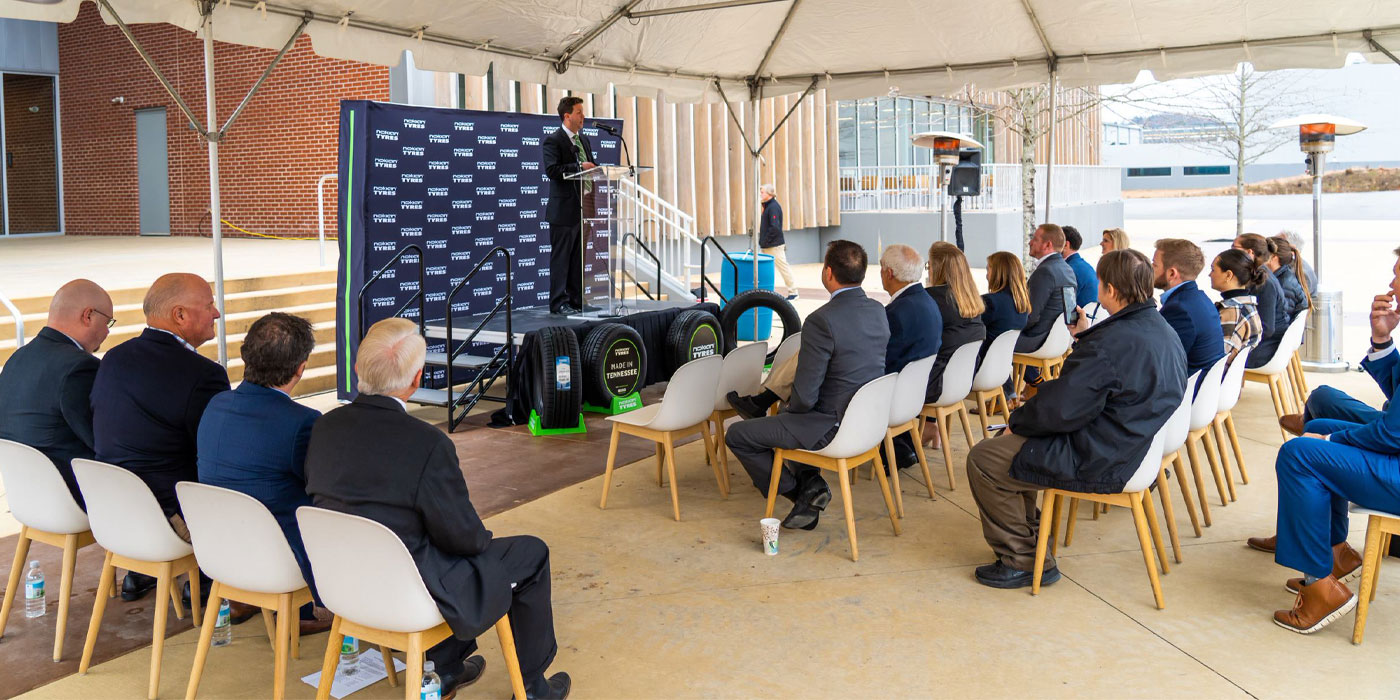