Cooper Tire & Rubber Co. has signed an agreement with Chengshan Group Co. and the CCT labor union with regard to the future of its CCT joint venture.

Cooper Tire & Rubber Co. has signed an agreement with Chengshan Group Co. and the CCT labor union with regard to the future of the Cooper Chengshan Tire Co. joint venture. 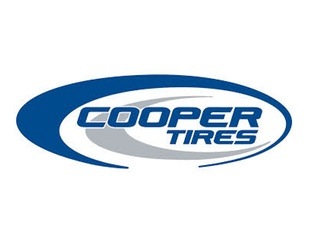 Under the agreement, the CCT venture could be bought out by Chengshan, purchased by Cooper or continue the current ownership arrangement. Additionally, the agreement requires Chengshan to support return to normal CCT operations at the plant as well as provide Cooper access to all financial and operational data so it can file financial reports. The agreement also dismisses all pending proceedings and will not commence any new proceedings with regard to any events that have occurred since June 12, 2013 through Jan. 29, 2014.

“Overall, this agreement puts Cooper in a solid position to aggressively pursue our strategic plan, which is focused on driving stockholder value as its overarching goal. Cooper now has a clear path to resume regular financial reporting, and as the long-term ownership of CCT is determined, we will continue to address our capital deployment options to deliver maximum value for our stockholders,” said Roy Armes, CEO and president.

Resolving issues with its CCT venture has been the No.1 priority for the tiremaker since cancelling its merger with Apollo Tyres at the end of December.

Currently Chengshan owns 35% of CCT, while Cooper owns 65%. Under the new agreement, a process to establish a fair market value of CCT through an independent evaluation has been determined. The independent valuation is set to be completed within 60 days of the outside firm being selected or from when Cooper posts its 2013 financial filings.

Under the agreement, should Chengshan purchase Cooper’s stake in the joint venture, Cooper will continue to have offtake rights with CCT agreeing to produce Cooper brand products, including its truck and bus radial tires for a minimum of three years.

If Chengshan decides not to exercise either option after 45 days, Cooper will have the same amount of time to exercise its right to purchase Chengshan’s 35% interest for $152 million or more based on fair market value.

Either scenario allows Cooper a wide range of options to increase business in the Chinese market, Armes said during an investor relation’s press conference following the deal’s announcement.

“If Cooper sells its interest in CCT to Chengshan, the commercial offtake rights secure a future supply of product for our customers. Cooper will also have added flexibility to enter into acquisitions, new offtake relationships, or possible greenfield development of additional production capacity anywhere around the world to support the expansion of our TBR business. If Cooper buys Chengshan’s minority interest in CCT, we will have the certainty of a wholly-owned asset with an experienced team in place that will continue our China growth strategy,” Armes said.

“In either scenario, China is a core growth market for Cooper and we will continue to rely on the existing sales and marketing organization and technology team we have in China, as well as our CKT manufacturing operation located outside of Shanghai in Kunshan. This wholly-owned facility has continued to grow and evolve into a world-class operation with ample capacity for further expansion,” he added.
Also during the press conference Cooper outlined a tentative timeline for the reporting of its financial results.

The tiremaker hopes to release Q3 results in early March and Q4 and 2013 finical year reports in mid to late March, it said.

The tiremaker noted that despite issues at its CCT plant this past year, which it said will affect results, Cooper expects to post profitable numbers for the second half of the year.

Read the 8-K filing with the Securities and Exchange Commission about the new agreement here.