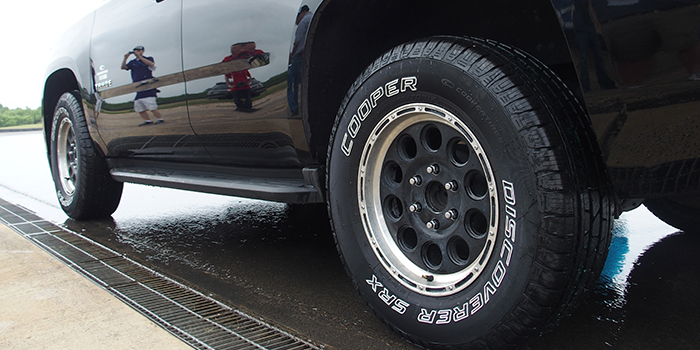 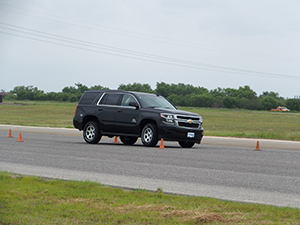 The tire was initially introduced in six sizes in October 2014 and is now available in a total of 36 sizes, covering a wide range of SUVs and CUVs on the market today, the tiremaker said. The SRX replaces all but four CTS sizes, which will eventually hit the market in January 2016.

“We’ve introduced 30 more sizes with more to follow in line with the growth of the CUV/SUV market,” Bruce Sanborn, product segment manager for Cooper said at a media introduction event at the company’s proving ground in Pearsall, Texas. “The CUV/SUV segment is the fastest growing segment in North America. It’s a diverse market with lots of usage.”

With the introduction of 30 tire sizes, the SRX product now fits SUVs, CUVs and some light trucks with S, T and H speed ratings. The tiremaker will introduce V-rated tires in January 2016. Designed for highway usage, the tire will only come in P-metric sizing, unlike the Cooper Discoverer HT3, which is a highway light truck tire. Cooper is targeting vehicles such as the Ford Edge, Chevy Tahoe and Ford F-150 with this all-season product.

At the event in Texas, Cooper fitted 2015 Chevy Tahoes with the SRX product and pitted them against Tahoes fitted with Goodyear Wrangler SR-As in wet traction exercises.

“It’s exciting to compare ourselves to a Tier 1 tire,” Scott Jamieson, director of product management, Cooper Tire & Rubber Co. “Our value proposition is to offer customers a first tier tire at a value price.”

The Discoverer SRX features such as a silica-based tread compound, combined with Stabiledge technology and 3D Micro-Gauge siping, which deliver more road surface grip for increased traction in various weather conditions, according to the tiremaker. 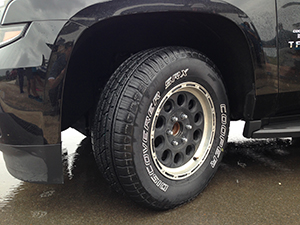 It also features Cooper’s Wear Square, a visual indicator on the tire that allows drivers to quickly and easily assess the remaining tread life and alignment. As the tire wears, the Wear Square wears away until the tread reaches 2/32nds. At that point the square is no more and an exclamation mark appears, alerting the driver to change his or her tires.

All 36 sizes are available to dealers at press time. The SRX is produced at Cooper’s Texarkana, Ark., and Findlay, Ohio, plants.