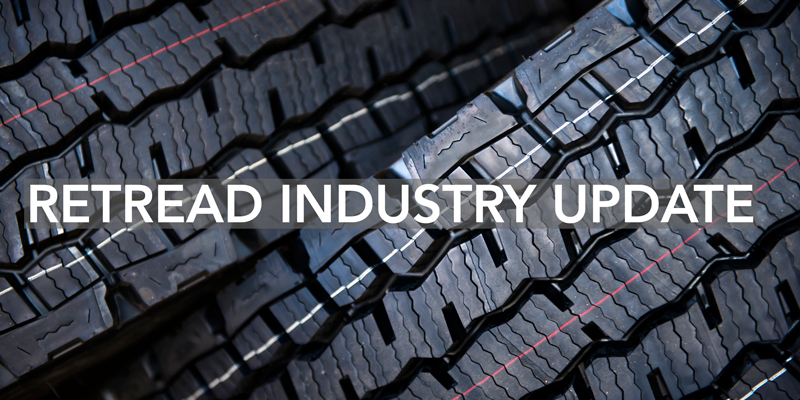 A look into former RTA Managing Director Harvey Brodsky’s life, the retread industry, RTA’s thoughts on where we are now, and how much we have to look forward to. 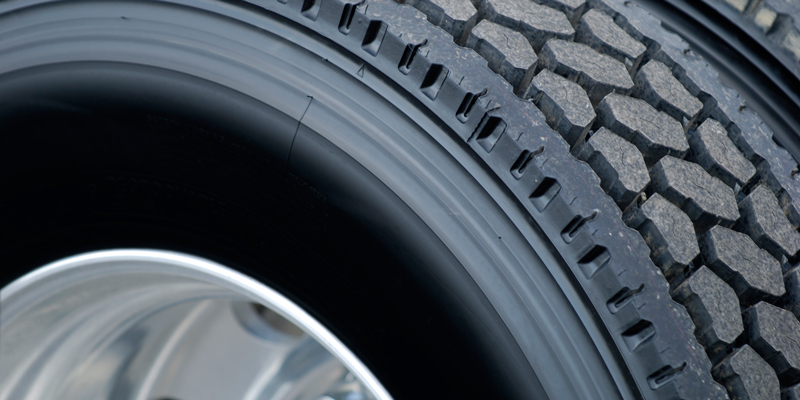 When Tire Review asked me if we would write an article and give our thoughts on the retread industry, my first thought was to ask Harvey Brodsky a few questions and go from there. What follows is a brief look at his life, the retread industry, RTA’s thoughts on where we are now, and how much we have to look forward to. As Harvey has retired from the daily operations of RTA and as managing director, allow me to pass along some of his insights.

Jeffrey Parks: How did you start in the retread industry?

Harvey Brodsky: I was working in the tire and retread business in the mid ’70s. At that time I was working for an automation company that sent me to assess a plant in Lodi, Calif., which at the time was the world’s largest manufacturer of retread tire machinery and equipment. My bosses wanted to know if there was any sanity in buying the company. This was somewhere around ’74 or ’75 and the retread industry was in a time of change and growth. At that time, pre-cure retreading was just coming into its own.

The big bosses at Lodi were saying, “Pre-cure is just a fad, and it won’t be around long so we’re not getting into it.” So I reported back to [my bosses], “Absolutely not,” and they listened to me. And Lodi closed. They said, “pre-cure is a fad and it will never work.” Crazy, and that resistance to change was one of the reasons they went out of business.

Then in 1981, I was recruited to become the managing director of TRIB (Tire Retread Information Bureau). They asked me to fly to Louisville and I did, because there used to be a big conference there every year. After we came to terms, I became the managing director of TRIB and I stayed in from 1981 to 2010. Then in 2010, I began to plan and build the Retread Tire Association, and here we are.

JP: Let’s go back a bit, from the early 1980s on. How did the retread industry start to take off?

HB: Well, at that time it was already a very good industry. There were over 12,000 retread plants in North America alone. That’s why mom-and-pop shops could retread tires, because bias tires were very forgiving. You didn’t have to have precise size machinery and equipment. But the number of plants continued to drop to a lower number as technology began to change. With new and improved machinery and equipment, it cost more money to retread a tire, and a lot of the small retreaders went out of business.

In those days, there were still retread plants that were doing 12 tires a day, in somebody’s back garage or warehouse. I mean, they were little, tiny plants.

As time went by, and as more of the big companies got into it, the little guys collapsed, and lot of them sold.

Also in the early ’70s, radial tires were a thing of the future. There were very few radial tires in the U.S. So when they became common, more little guys disappeared.

In order to retread a radial tire, you would have to make a major investment in new machinery and equipment so a lot of guys got out of it. Radial tires took off, and the big, [forward thinking companies] like Goodyear and Michelin got on board.

Before that, there was no such thing as a plant retreading 500 tires a day. Today there are very large retread plants out there, some retreading upwards of 650 tires a day with an adjustment rate as good as or better than new tires.

The reason we’ve continued to see growth is because technology enabled the retreader to produce a product that was as good as a comparable new tire, and even better. And the price range was so appealing that people happily wanted to use retreads.

The composition of the industry changed, and more and more tires continued to be retreaded. They were just retreaded in larger plants now, with better technology, newer machinery and equipment. The industry was strong, and it stayed strong, and it remains strong to this day. Retreading is a healthy industry.

JP: How has the influx of inexpensive Chinese tires affected the retread industry?

HB: Well, the Chinese came along and they turned everything upside down. They were coming into this country at a price that could be sold as low, or even lower than a retread. Nothing like that had happened before. The consumer, he didn’t care where the tire came from. It was a game changer. It has put a lot of retreaders on alert.

But I firmly believe that the industry is going to continue to be healthy, because Chinese tires are rising in price, and the quality is getting better. When the quality gets better, the price has to go up.

And retreading technology is improving all over the world. It’s very cost effective to produce a retreaded tire no matter where you are today. And an American retread company can produce a product that’s as good as and better than any Chinese new tire at a comparable price. 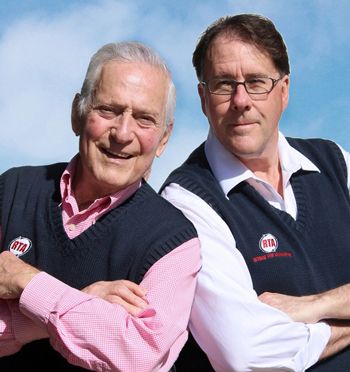 JP: So what happens from here? Where would you like to see RTA 30 years from now?

HB: I’d like to see the Retread Tire Association at least as strong as now and considerably larger, because we play such an important part in the structure of the retread industry. RTA enables retreaders to have a conduit where they can get the information that they could not get alone. You need a global network that can communicate and share info – about casings, supplies, recycling, materials, management, contacts, technology – all the components that RTA reaches out with all over the world.

We need to stay ahead of what is going on, and we need to continue to publish that information and make it available to our members. So I think the industry has no evidence of doing anything but improving. At least as good as it is now, and getting better.

JP: What kind of standards should a consumer expect from retreaders?

JP: How can future developments affect the industry?

HB: Who knows what technology is going to come around tomorrow.Nobody reads the future.

But at the moment, the best thing that the retread industry can do is to continue to educate the end user because the end user has mistaken notions about retreads. They see rubber in the road and they assume it is from a retreaded tire, but the reality is different from the assumption. We all know that.

So the important thing for the industry to do is to continually reach out to the trucking and transportation industries and make accurate information about retreading available to them. We encourage retreaders to create information that they can send out to the public that dispels the myths and spells out the benefits.

Reach out to trucking associations in the various states and countries. There are truckers associations in all 50 states and around the globe and they all have meetings. If you want to sell more retreads, offer to have a speaker from our industry come to a meeting and hand out material, etc., on behalf of all retreaders. Websites are great, but there’s no substitute for meeting one-on-one with your potential customers, and giving them the facts.

In summary, after 40+ years in the industry, Harvey’s message is clear: If you want to succeed, educate and inform – build your business with integrity, maintain good relationships with your colleagues – and remain faithful to your belief that if you can start something, you can finish it. As Harvey often says, “there’s never a wrong time to do the right thing.”

Advertisement
In this article:retreads, RTA

A Conversation between RTA Past and Present Directors