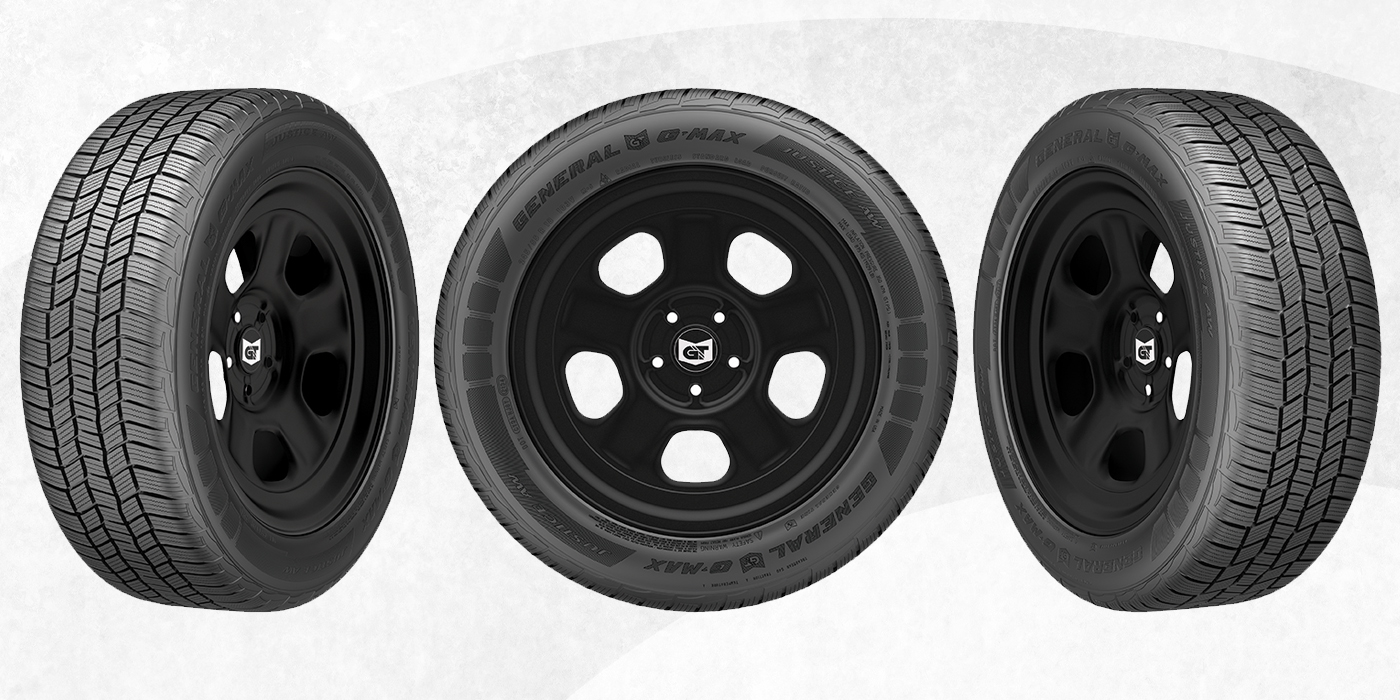 After the years of market research and design that led to the launch of its first all-weather tire under the General Tire brand, the General AltiMax 365 AW, Continental Tire is sticking with the all-weather theme when it comes to tire launches. Despite sunny skies and pristine beaches in Riviera Maya, Mexico, the Continental team had snowy weather and cooler temperatures on the brain during a presentation for its Continental Tire Gold Dealer Meeting, where it launched a new pursuit tire under the General Tire brand, the G-Max Justice AW.

Joe Maher, product manager for Continental Tire the Americas, said the G-Max Justice AW is available in seven sizes, which covers the majority of the pursuit market. He said the new tire has an all-weather, ultra-high-performance construction and a high apex for handling.

Maher said the tire is pursuit- and emergency-high-speed-approved, adding that it has up to a 15% better tread life and up to 18% better wet braking than the leading all-weather pursuit competitor.

“We really think this will give you a great opportunity to go out into the market with a tire that really performs well against the leading competitor,” he said to Gold Meeting attendees.

More on the General AltiMax 365 AW

While all-season tires can be a great option for many customers, some might need something with a little more traction and other features, which is where the General AltiMax 365 AW, launched in May 2021, comes in. The tire comes in above three-peak mountain snow certification, so “it’s really certified for severe winter conditions,” Maher said.

While it surpasses the certification for three-peak mountain snowflake, “it’s still not as good a performer as a winter tire,” Maher said. Winter tires are great for dedicated winter use, but they have to be swapped out for other tires when the weather improves.

The AltiMax 365 AW is a great option for the consumer who wants one set of tires to do away with the inconvenience of changing out tires, he said. It gives enhanced snow performance over an all-season tire and is great for customers who love getting out on the road for winter activities, such as skiing or snowmobiling, he said.

During a virtual event in January, Continental launched the successor to its high-performance all-season tire with the ExtremeContact DWS06 Plus. Maher said the company looked at every category of the tire that’s important to consumers and improved it. These improvements include better dry, wet and snow handling. The tire’s size lineup was expanded with the launch of the DWS06 Plus and more size options are in development, he said.

During the meeting, Maher shared feedback from tire dealers who carry the ExtremeContact DWS06 Plus. Dealers have described the tire as being a highly rated tire and a line sold at a good price point, Maher said.

“That’s really what we’re all about is making tires that perform in the real world,” he said. “It makes consumers happy and makes them want to come back and buy those tires again from you in the future.”

Increase Your Shop’s Profits with These Inspection Lane Essentials