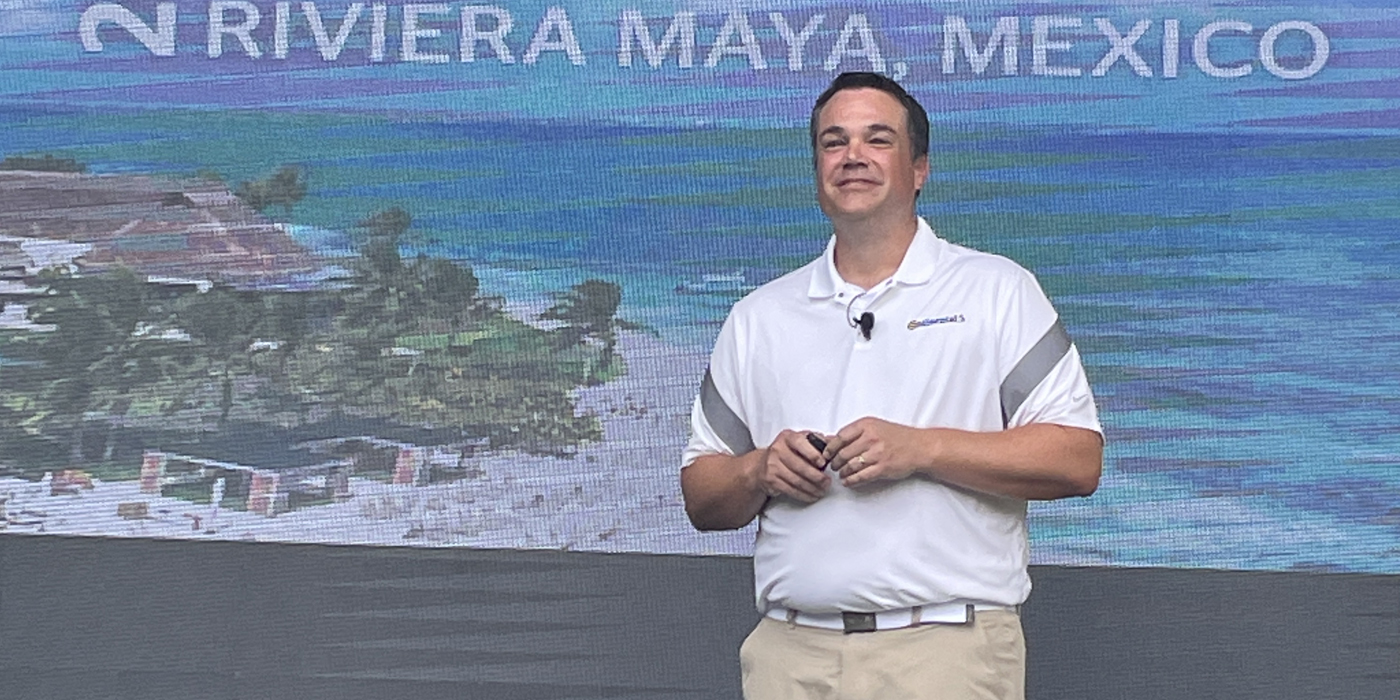 While 2020 was “a unique year,” as Continental Tire the Americas’ Vice President of Sales Chris Charity said, it was a year in which the company launched new products, made improvements and focused on the future. During the company’s Gold Dealer Meeting this week in Riviera Maya, Mexico, Charity said he and his team would be remiss to not discuss what happened over the past 18 months during the pandemic, adding that the team kept a few keywords in mind to push through.

The first keyword was agility. Continental and its dealers faced a whirlwind of changes throughout the pandemic, such as the Gold Program starting and stopping, adapting to touchless payments and more, Charity said.

“These were all the things you had to work through in this pandemic environment in the last 18 months,” he said, noting that dealer businesses are stronger because of it.

It’s one thing to stay connected with customers during good times when sales are high, but it’s another thing — and an important one — to stay connected and hear what dealers need from the market during the down times, Charity said. This is what Continental has done throughout the pandemic.

While communications went from in-person to over the phone or via virtual meetings, that didn’t slow Continental’s sales team down, and enforced the company’s decision to keep its sales force throughout the pandemic, he said. Keeping its sales team on board proved to be crucial to the business. Charity said throughout the last year, the company has had over 30,000 customer engagements within its sales force, adding that it was a significant increase from the year before.

Charity added that the sales force heard what dealers needed and responded to that over the past 18 months. For example, they heard last year from customers that modifications needed to be made to the Gold Program from a numbers standpoint in the second quarter.

“Not only did we make the changes, but we tried to make them quickly,” he said. “You have a business to run, and we wanted to make sure you had some certainty with the Gold Program in Q2, Q3 and Q4 of last year.”

The program even grew in 2021, Debbie Richards, Gold Program manager, said during her portion of the meeting. In 2021, Continental has seen 26% growth in the Gold Program for August year to date, she said, adding that not only is the program working, it’s thriving. In fact, each quarter, Continental conducts different programs, training and incentives, and members are engaged with these different offerings, she said.

Growth and Evolution of the Gold Program

As Continental looks back at its 150-year history, Richards looked back at the program’s history and future during its dealer meeting.

The program has taken big strides since its inception in 2004 and since the first Gold Dealer Meeting in 2006, she said. In 2019, the company made the move to incentivize and drive more sales to dealers’ businesses with a focus on national accounts and government business. In 2020, Continental introduced a secondary distributor and more vendors onto its business dealer suite program, Richards said.

“Every year, we stay committed and invested into this program for you guys. And whether it’s the sales team that calls on you every single day [or someone else], our passion is not going to stop there,” she said. “Every year, we’re going to invest more and know that this is right. Not because our program is fruitful, but because we see growth.”

The next key word Charity discussed was reliability. Continental has been around for 150 years and has seen its fair share of ups and downs, he said.

“I like to feel like we’re pretty reliable in the market, but certainly last year, that was an important piece,” he said. “We also talked about things like promotions. We maintained our promotional schedules so that you knew what was going to be coming month-to-month, no modifications.”

The company has also managed through supply, which meant scaling production down in 2019 and 2020 and ramping it back up in 2021. Charity said the Continental team has done an excellent job getting tires to its customers and is delivering more tires than compared to the overall market.

Charity said the last key word the company has kept in the back of its mind is confidence, which was needed to continue launching products over the last 18 months. Despite hardships, Continental stayed true to its commitment of bringing out strong, competitive products, he said.

To get these products out, great people were needed, he said.

“On behalf of everybody at Continental, I would like to say thank you to all the dealers for sticking with us over the last year and working with us and giving us all that feedback that we needed to make modifications and do the things we did last year,” Charity said.