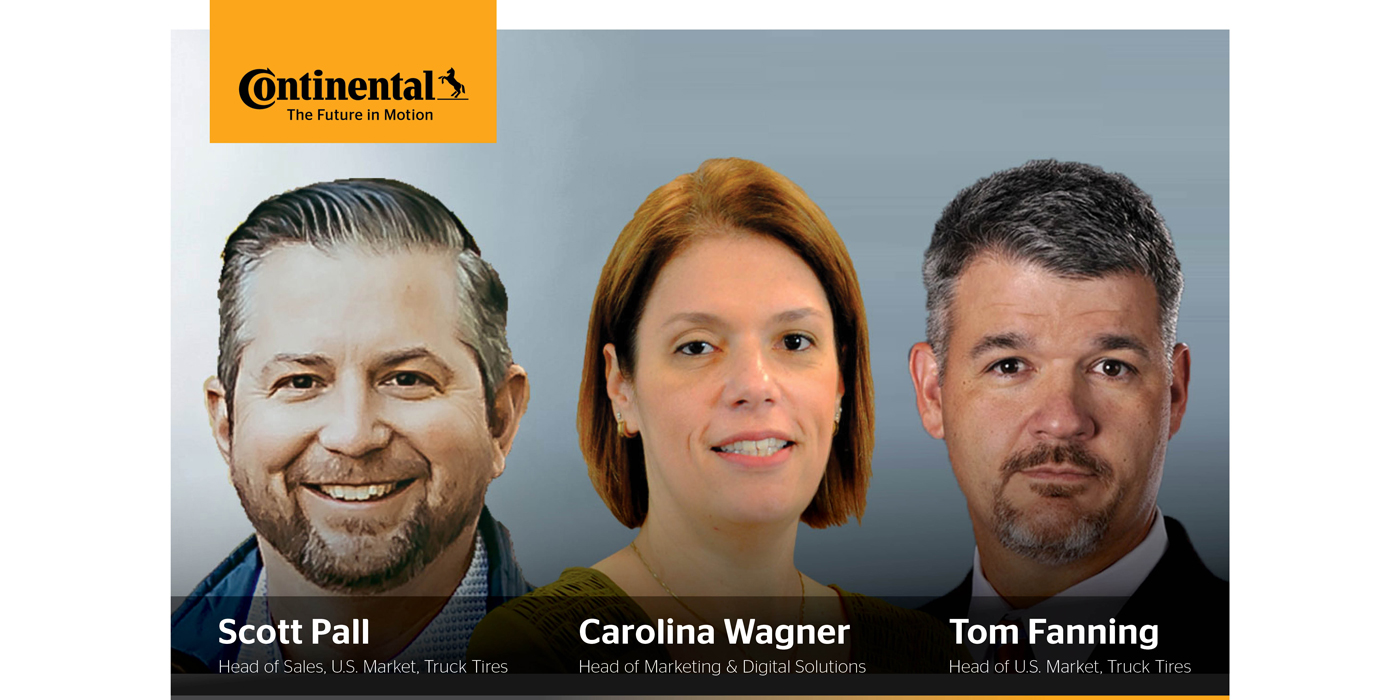 Continental has appointed Tom Fanning, Scott Pall and Carolina Wagner as leaders for its truck tire business in the U.S. market.

Tom Fanning, head of U.S. market, truck tires, has been with Continental since 2000, the company says. In his 21 years with the company, he has served in roles including commercial product manager, fleet sales manager, and most recently as vice president of sales and marketing. According to Continental, Fanning’s range of expertise includes extensive experience with commercial tire sales, operations and human resources through more than five years direct experience at major tire distributors throughout the American southeast.

Scott Pall, head of sales, U.S. market, truck tires, joined Continental in 2001, the company says. Most recently, he served as a regional sales manager for truck tires. According to the company, he has more than 20 years of experience in the tire industry.

Carolina Wagner has been a member of the U.S. executive team since 2017, when she was promoted from head of tire marketing for the Mercosur region in the company’s Brazil office, Continental says. Wagner joined Continental in 2013 and brings more than 20 years of experience in the tire industry. According to the company, she is now responsible as head of marketing, U.S. market, truck tires, and head of digital solutions for the Americas region, including both truck tire and passenger/light truck tire technologies.

Advertisement
In this article:Continental, executive appointments