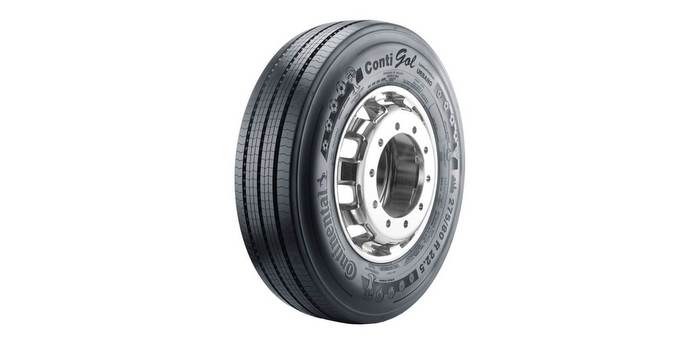 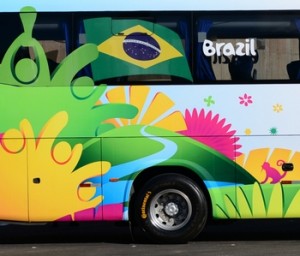 As an official sponsor of the 2014 FIFA World Cup, Continental is equipping all 32 team buses for this year’s event in Brazil. The tiremaker is outfitting all buses with its ContiGol Urbano tire.

“We are proud, that our premium bus tires are used on the team buses during the 2014 FIFA World Cup. The ContiGol ensures maximum safety for the world’s best footballers during the tournament as well as passengers and drivers in everyday life,” said Andreas Esser, head of the business unit commercial vehicle tires at Continental.

The ContiGol Urbano was specially designed to meet the requirements of urban traffic in Brazil, the tiremaker said. The tire features AirKeep-Technology which helps keep the tire air pressure at the optimal level longer, leading to less deformation and better driving characteristics, Conti said. The tire is also designed with a new rubber compound that provides a 30% mileage improvement over its predecessor.

In addition, the ContiGol Urbano sidewall has been specially designed with stylized soccer balls and the World Cup logo, the tiremaker said.

Continental has previously supplied tires for the 2006 and 2010 FIFA World Cups in Germany and South Africa.

Advertisement
In this article:Continental Tire, International