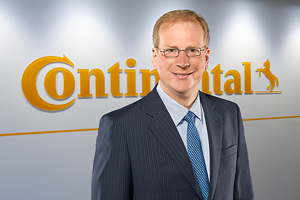 Continental AG has a new head of its original equipment division for truck tires worldwide—Klaus Kreipe.

As vice president Kreipe, who was appointed to his new role at the start of May, manages the division from Hanover-Stöcken.

Kreipe has been working for Continental for 15 years. A mechanical engineering major from the Technical University of Braunschweig, he started his professional career in the company’s tire R&D division. Kreipe has also held positions as plant manager of ContiTech in Romania, tire sales general manager in China, and vice president marketing and sales in the Asia Pacific region.