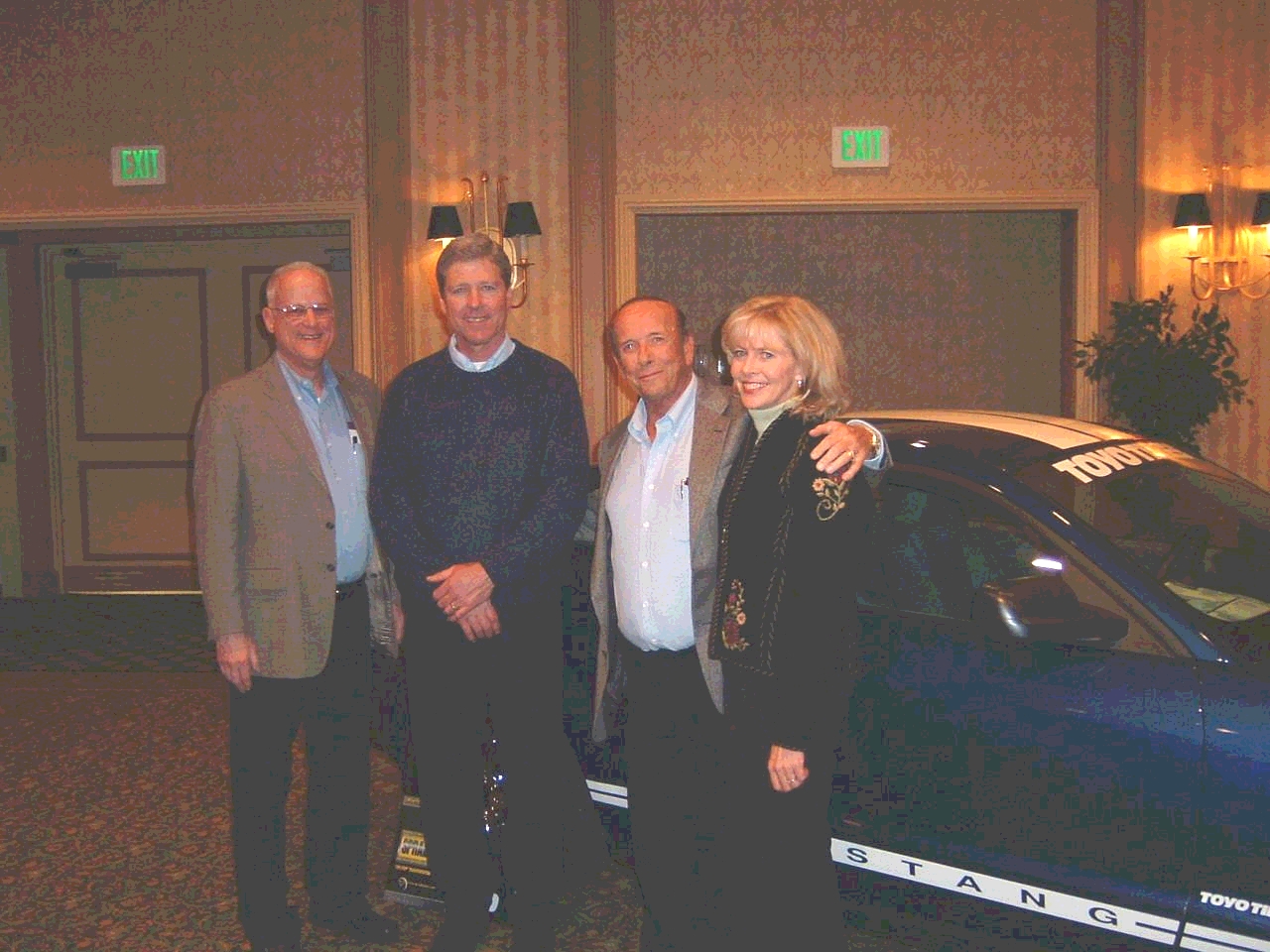 The mustang, fitted with 17-inch Ultra wheels and Toyo TPT tires, was awarded during a dinner event held at the Renaissance Hotel in Denver.

“Mary Jane has wanted a Mustang since we had to get rid of our 1970 model to fit our family,” said Bob after accepting the grand prize.

Participating in the fanfare was Rick Sirko, western division manager for Toyo Tire USA Corp. “The promotion brought a lot of attention to the Toyo line and rewarded a fantastic Toyo customer,” said Sirko. Bob’s Downtown Conoco ACCC dealership, located in Steamboat Springs, Colo., has been selling the Toyo brand for many years.

Based on earlier prize drawings earned through purchases, each wholesale dealer participating in the 10-month sales promotion got a chance to select a key that might open the door to a new car.

Jim Paris Tire City, based in Denver, operates retail stores in the Denver metro area and in Grand Junction, Colo. The dealership services all of Colorado as well as parts of Utah, Wyoming, New Mexico, Kansas and Nebraska.

Jim Paris Tire City is currently working on another sales promotion for 2006 and plans to announce it within the coming weeks.