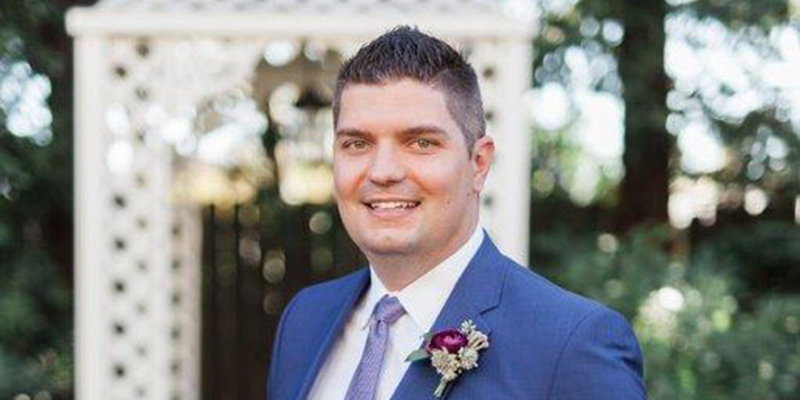 Sean Conley is ATD’s youngest sales director and lives in San Jose, California, so he can see how technology is working to change the future of driving as we know it. While supporting ATD’s dealers and corporate accounts in addition to ride-alongs, he’s also preparing a game plan for this evolution of transportation he sees starting on the west coast. The Tire Review Club 3633 celebrates and recognizes the next generation of innovators in the tire industry.

As such, he has the pleasure of seeing and studying how technology behemoths like Tesla and Google are working to change the future of driving in America as we know it. Sean says it was only a year or so ago when he encountered his first autonomous Google car.

“You know, probably every five cars [here in the Bay Area] is a Tesla, but being on the road and seeing an empty car driving down the road next to you, it’s strange at first,” Sean says. “Now we already see autonomous cars driving all over the freeway.”

Sean — who leads and coaches a team of five ATD sales representatives who serve some of the company’s core independent tire dealers in the area — is already juggling supporting the company’s dealers and corporate and strategic accounts, in addition to ride-alongs with the field team at least three days a week. Meanwhile, he’s also preparing a game plan for this evolution of transportation he sees taking shape on the west coast.

For Sean, it’s important his team is ready to face this future, even when others aren’t.

“You know, it’s not really talk anymore. These things are happening. I think that’s going to have quite an impact on the industry, and I don’t think anybody’s quite ready for it,” Sean says. “The future of tech and autonomous vehicles, that can be anything from the subscription fleets where people borrow a car for a year or less — to autonomous vehicles — how do those tires and that service get handled? How do we address the cars that, say, can drive to get service while you’re sleeping or while you’re at work? I think there are going to be some future impacts of that for sure, especially out here in the Bay.”

According to Jason Trieb, ATD’s director of strategic accounts in the greater Los Angeles area, Sean having one foot in the future makes him a popular resource for the company’s customers. It is that progressive nature and deep understanding of technology that ultimately led to Sean’s promotion late in 2018 from an ATD outside account manager to his current role, he says.

Due to a chance meeting with a family friend of his now-wife, Katie, Sean began his career about 11 years ago working full-time for AM-PAC as an inside customer service representative while he finished his final semester at California State University. After AM-PAC was acquired by ATD in 2008, he says he leveraged his knowledge, drive and humble personality to quickly climb the corporate ladder to where he is today.

Sean says working with people who possess many of those same attributes has kept him grounded in the tire industry.

“The people I’ve met are amazing. That’s going from the customers, to our vendors, to the internal employees who I spend most of my time with. That’s my favorite part of the industry,” Sean says. “There are a lot of life-long people in this industry. They have a ton of experience, and they love sharing it and working with each other. It’s pretty amazing. I mean, you don’t hear that about every industry.”

He adds experience is especially important when working in the tire business — a sink-or-swim industry that requires constant innovation to stay afloat. His secret to success, he says, is two-fold: He trusts his team and keeps in mind that he can move forward only when his customers do.

“I think the way we stay focused is to keep our customer as the most important piece,” he said. “As you know, our industry is changing very quickly, and it’s always evolving. So, staying focused on coaching the team and obviously our customers, helping them thrive and drive into the future, sitting down with our customers and working out a way we can support them through these changes … that’s one of my main focuses, setting a crystal clear path for everybody who I’m involved with.”

Supporting ATD employees and independent tire dealers through the unknown is something that seems to come naturally for Sean, and when it comes to his own future he hopes he will have an opportunity to continue walking down that path. He says, ideally, he will be doing the same thing — just amplified.

“I really want to keep growing in my current position, but I always want to grow my responsibility level and my ability to impact a larger market or larger number of employees at ATD,” he says. “I don’t know if that’s a year out or maybe a little bit longer than that, but I definitely want to continue increasing my responsibility and supporting the local team.”

Fun Fact: Sean married his high school girlfriend, Katie, and they are celebrating 10 years of marriage this year. Katie works for Invisalign in a similar role as Sean, and he says this helps them both support each other in their respective jobs.