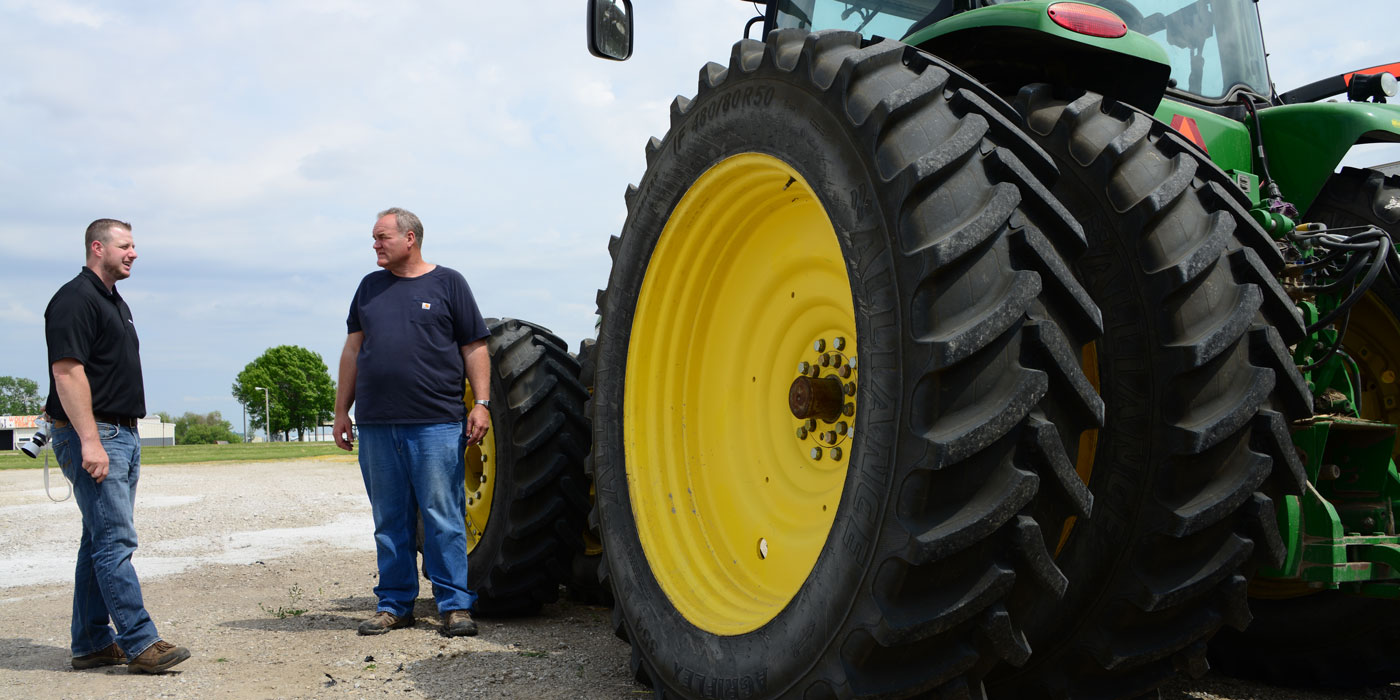 Since joining Alliance, Trent Wallin says the region he manages, which is comprised of nine states, has seen substantial year-over-year growth for the past three years.

Trent Wallin is someone a company like Alliance Tire Americas might refer to as a “secret weapon.”

The 33-year-old native Australian—who today lives in Indianola, Iowa, a half-hour’s drive south of Des Moines—has spent half his life in the tire industry and has a reputation in his company for converting his passion and knowledge for both agriculture and tires directly into sales. As Alliance’s North central regional sales manager, that talent tends to come in handy.

Seemingly groomed for this position from a young age, Wallin says he’s always been a “country guy” and a “country kid.” In fact, the reason he got started working with tires in the first place is because he needed a part-time job while working toward his university degree to become an agricultural teacher. He found a position in a Tyres4U warehouse in Australia, where his ambition to prove himself as a hard worker was quickly recognized; in only six months, he was offered a new position in national tire sales.

“I was basically in a call center with five other people. We took calls from farmers, dealers and everyone in between, and we not only sold them tires—everything from a wheelbarrow tire right up through much larger OTR tires—we were there for help,” he says. “That’s where I gained all my knowledge on ag, industrial and construction tires. It let me get out and about domestically through Australia, so I got to see a lot of places and different types of farming while I was working. And I’m a country kid, so that fit in well with me, and it was just a great fit. I loved it from the word go.”

The job also gave him opportunities to travel overseas. He met his now-wife, Jessica, an Iowa native who was also employed in the tire industry, on an overseas business trip, and although they lived in Australia for a few years, they eventually decided to move their family to the states. That’s what led to Wallin’s current position with Alliance.

“Alliance was one of the brands that we distributed throughout Australia, New Zealand and New Guinea. I sold a lot of Alliance tires over the years, and when I was coming to the U.S., they found out about it, and we clicked,” he says.

Since joining Alliance, Wallin says the region he manages, which is comprised of nine states, has seen substantial year-over-year growth for the past three years. He also received Alliance’s President’s Award for sales growth back-to-back in 2017 and 2018.

The company’s president, Dhaval Nanavati, has taken notice of Wallin’s skills in the field, saying, “Trent Wallin is not just enthusiastic, not just knowledgeable, but passionate about how tires work, how they contribute to the productivity of the vehicles they are mounted on and how he and his customers can match end-users with the tires they need.

“Trent has set the Midwest on fire for Alliance, supporting his team of salespeople with his deep knowledge of tires and agriculture and his broad perspective on the manufacturing, marketing and sales elements of the industry,” Nanavati adds. “He deeply understands tires and works hard to make sure his customers do, too.”

Remember Wallin’s intentions to become a teacher? Those days sitting in class didn’t go to waste. Wallin says he believes one of the secrets to his success is his ability to teach his customers everything he knows not just about tires, but their equipment as well. He says if he can keep his customer happy in the field, nine times out of 10 that person will become a repeat customer with Alliance.

What no doubt contributes to his customers’ joy is that Wallin says solving their issues is his favorite part of the job.

“That’s the best thing about my job: finding an issue, fixing it and creating that morale with your team members and the dealers and the farmers,” he says.

Fun Fact: Wallin has shown cattle at fairs from a young age when he lived in Australia. This year, he’s imported Australian-genetic polled Hereford heifers with hopes of showing them at Iowa’s state fair.