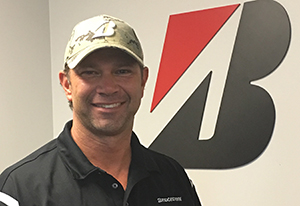 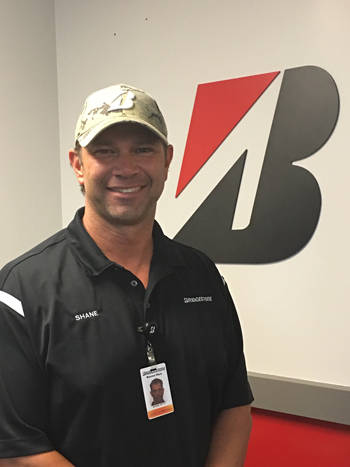 Shane Petty describes his day as a sports practice. He covers fundamentals and touches on safety, quality and prep for the next big game. The only difference is his field is a tire plant and his players are plant employees.

“I pretty much set the tone of the plant for the day and days vary,” he says.

Petty joined Bridgestone 16 years ago as an engineering tech in the Warren County plant’s mixing department before moving up to extrusion manager and then his current position. Prior to the tire industry, he spent eight years in the U.S. Navy’s nuclear power program.

For Petty, the challenge is what he likes best about being a part of the industry.

“I think that the more challenging the work, the more allure there is to it, the more you are drawn to it. I like the challenge of trying to master more difficult tasks,” he says.

Petty adds that he sees himself as a very fierce competitor, which is not only shown by his work ethic, but also his athleticism. Petty has competed in triathlons, Ironman competitions and almost a dozen marathons.

While he doesn’t put on his running shoes quite as much as he used to, Petty still looks forward to beating his competition in the tire industry.

“I think the competition over the next 10 years will continue to increase, specifically in what we would call the fighting area of the market or the lower-cost tire portion.”

He notes another driving factor of future competition are the record all-time lows for natural materials during the last five to 10 years.

FUN FACT: Petty is an avid outdoorsman and helped found a Ducks Unlimited chapter in his community to help preserve wetlands for wildlife habitat.

Advertisement
In this article:Bridgestone, club 3633