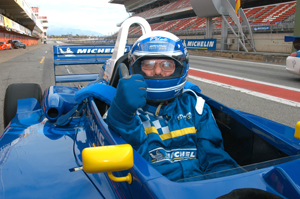 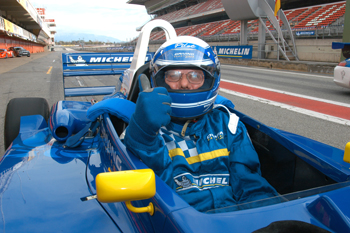 Anyone who Visited Jim’s office was immediately taken with his Jack Daniel’s oak barrel hanging rack. Upon the barrel Jim displayed lanyards from the more than 400 industry events, trade shows, conferences and dealer meetings he attended during his 30 years in the tire industry and 16 years as editor of Tire Review.  Every badge had a story, and if you asked, Jim would regale you with a tale from an event, a dealer friend he encountered or a bad travel experience.

The rack had a larger than life quality. Just by looking at it you could find information on the exotic locations Jim traveled, the many days he spent on the road and the people he met.

Jim didn’t just show up at an event. He was there to be involved, whether it was to lead, learn or challenge others. You knew when Jim arrived because in many ways he was like the rack, larger than life. He was a presence whether you liked it or not, and if you invited him, he was going to make the most of being with you.

Jim picked up his last event badge on Feb. 17, as he was attending the Tire Industry Association’s OTR Conference in San Diego, Calif. He planned to be in San Diego for the week, first for the conference, staying the weekend to catch up with old tire industry friends and later to attend the Tire Pros dealer meeting. During the early morning of Feb.18, Jim became ill, called for hotel security and was found in his room unresponsive.  Despite heroic efforts by hotel staff, Jim did not make it.

Many of his family and friends took comfort in reading his last Facebook post from Feb. 17.  “Well today turned into a crapfest.” It was classic Jim. But in further reading, he had an exchange with his wife Maryellen, where they publicly acknowledged and expressed their love for each other. 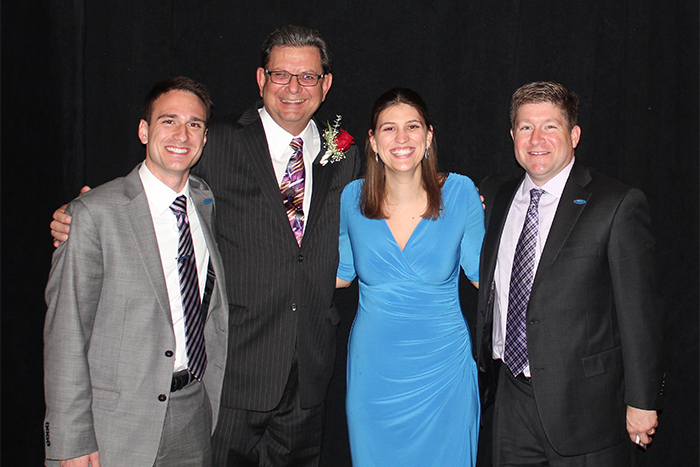 In the days since reading his last post, I have come to appreciate that his note to Maryellen was more “classic Jim” than anything else.  Sure, Jim could be argumentative, combative and as many have described him, a curmudgeon. But he was so much more – not as complicated as we thought, yet simple in the pleasures he enjoyed such as a great meal at O’Charley’s, a double Jack Daniels, hockey night or a text from his sons.

We all have our thoughts about Jim.  As you will see in the tribute to him in this issue, many words will be used to describe him. As a person who used and mastered the written word, Jim would be humbled to read the notes that cited his willingness to take control of a meeting, his creativity to find solutions or how he challenged many to find a better way to do things. His readers felt he was an advocate and to many he was a mentor, including those who worked with him at Babcox Media.

Jim had many “passion projects” and causes: tire registration, regulation of used tires, opposition of the tariffs and duties, more involvement to educate tire dealers, benchmarking, student contests, mentoring young editors, getting more women involved within the industry, consumer publications, Top Shop, and many, many more. While I am disappointed we will not accomplish all these goals together, Jim established a foundation for us to continue to build upon his legacy and remain an advocate for the industry and for you – his readers – for years to come.

Rest in peace Jim. In a word, you were truly a classic.

Commentary: Tire Dealers Adapt to ‘New Normal’ During the Pandemic

Classic Jim, Here’s to You

What the Tire Industry Will Look Like in 2021 and Beyond