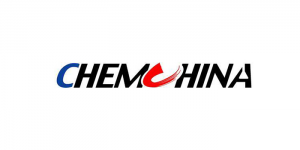 State-owned chemical, rubber and tire giant China National Chemical Corp. (aka ChemChina) has emerged as the reported frontrunner to buy a majority stake in Pirelli SpA.

Reuters and Bloomberg reports this morning said ChemChina is close to purchasing a large share in Cam Finanziaria SpA (Camfin), an investment group jointly owned by Russian oil giant OAO Rosneft on the one hand and Pirelli chairman and CEO Marco Tronchetti Provera’s Nuove Partecipazioni holding group, and Italian banks Intesa Sanpaolo and UniCredit on the other. It is Camfin that is the majority owner of Pirelli, a deal pulled together by Tronchetti Provera in 2013 after months of shareholder wrangling.

Citing at least two sources familiar with the deal, both Reuters and Bloomberg lent credence to the deal, Tyres & Accessories reported today. Reuters reported that Camfin is preparing to sell its stake in Pirelli at a price of 15 euros per share. This values Pirelli at around 7.1 billion euros, T&A noted. The plan appears to be for the purchase of the Camfin stake first followed by a takeover offer for the rest of Pirelli.

Earlier Pirelli said in a separate statement that it hadn’t received any formal communication about the offer. However, this does not preclude indirect negotiations for the Camfin stake.

Speculation has swirled over the future of Pirelli SpA for most of the past week, with rumors from Europe, Asia and Russia pointing to potential hook-ups with any number of other major global tiremakers – including Yokohama Rubber Co., Hankook Tire Co. and China’s Hangzhou Zhongce Rubber Co.

ChemChina emerged in that pack late yesterday, and news reports from both Europe and China sharpened up this morning.

Speculation on Pirelli’s future came on the significant downturn in the Russian economy, driven by faltering domestic oil prices, a drop off fueled by the country’s aggressive move on Ukraine and international pressure. Last year’s stock restructuring put Rosneft as Pirelli’s single largest shareholder, and opened the door to broad retail distribution of Pirelli brand tires through Rosneft-controlled gas stations.

Separately this morning, Reuters reported on a story in an Italian daily newspaper article that Pirelli “was working on a revamp plan that includes taking an Asian partner, the launch of a buyout offer and the de-listing of the group.”

At the request of the Italian Securities and Exchange Commission, Pirelli issued a short – but quite cryptic ¬– statement regarding that rumor: “Pirelli states that as of today (March 20) it has not received any formal communication about the launch of a mandatory tender offer.”

According to the newspaper Corriere della Sera, Tronchetti Provera “wants to bring on board an Asian shareholder who would launch a buyout of the group together with some of the company’s current investors. Pirelli would then be de-listed and its structure would be reorganized,” the Reuters report said.

Tronchetti Provera would remain as chairman and CEO, and no other change in top management “is foreseen,” Reuters reported. The Italian report went on to say that some “Pirelli managers” traveled to Moscow to meet with Rosneft officials “in an attempt to win approval for the plan.”

In January 2014, Tronchetti Provera granted German newspaper Frankfurter Allgemeine Zeitung a long interview, in which he said he intended to step down as Pirelli’s chief executive in 2016 and sell his family’s 25.1% stake in the company. His three children, Tronchetti Provera told the newspaper, “are following their own paths” and apparently have no interest in the family business.

Tronchetti Provera took over leadership of Pirelli in 1992 at age 43; he turned 67 recently.

“Tronchetti was also engaged in a showdown with the Genoa-based Malacalza industrial family,” Tyres & Accessories noted in 2013. “Tronchetti originally invited the Malacalza family to become investors, but later Tronchetti gained the impression they were trying to oust him. In the course of this struggle Francesco Gori, in charge of Pirelli’s tire business, lost his job. He now serves as an advisor to Malacalza Investitmenti, which is currently the second-largest Pirelli shareholder but openly interested in expanding its involvement.”

There’s no telling if current ownership roiling will impact his retirement plans, or if previous opponent Malacalza Investitmenti might gain from any new shareholder turnover.

Established in May 2004, ChemChina is run under the administration of SASAC (the state-owned Assets Supervision and Administration Commission). ChemChina is a Fortune 500 company, China’s largest chemical company, and the 19th largest corporation in the world, according to a T&A report.