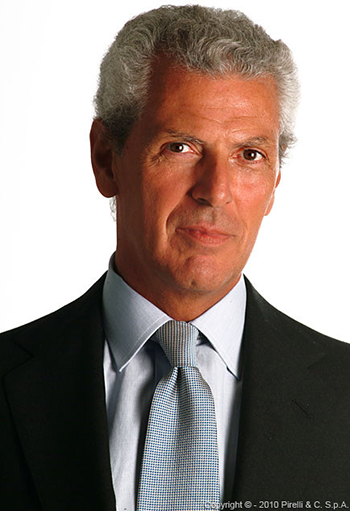 On Sunday, Tire Review reported that ChemChina entered into an agreement with Pirelli SpA, agreeing to purchase Camfin’s 26.2% stake of Pirelli. Camfin is Pirelli’s largest shareholder.

The deal, which is expected to close during the summer, will give ChemChina’s subsidiary, China National Tire and Rubber Co., access to Pirelli’s technology and expand the Italian tiremaker’s presence in China.

“The agreement with the Chinese will have no impact on employment,” said Provera. “But in fact the opportunity with a partner like ChemChina is for the company to become bigger and to have a more effective penetration of the Asian market.”

Provera told employees that the Chinese partner “has no intention, as can be seen both in the agreements and in the clauses of the bylaws, to interfere in the operational management of the group.”

“The headquarters and R&D will be kept in Italy,” Provera said. “Technologies can’t be transferred to third parties. Changing these rules would require a vote of 90% of a shareholders’ meeting. All proposals about management, strategies and choice of managers remain the sole responsibility of Pirelli’s CEO and can only be rejected by the board in cases where it can be demonstrated that the proposals are not in the interests of Pirelli.”

Overall, Provera told employees that the entrance of a new shareholder will “only benefit” the company.

“The Chinese partners appreciate our ability to produce tires of very high quality and our factories, which are at the cutting edge worldwide,” Provera said. “These are the points of strength in which we will continue to invest because they will allow us to maintain our leadership in the prestige segment and to be among the leading producers in the premium segment.”