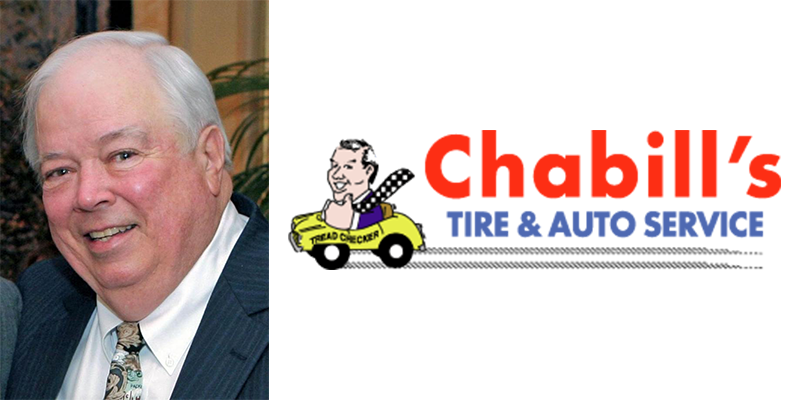 Charley Gowland, the co-founder of Chabill’s Tire and Auto Service, died Jan. 24 at his home in Morgan City, Louisiana. He was 76.

Charley Gowland, the co-founder of Chabill’s Tire and Auto Service, died Jan. 24 at his home in Morgan City, Louisiana. He was 76.

Gowland, a New Orleans native and Morgan City resident for 62 years, died surrounded by his family, according to his obituary.

Gowland, who graduated from Northwestern State University in Natchitoches, Louisiana, was a member of the Louisiana Independent Tire Dealers Association (LITDA) for several years and served on its board of directors for the last 20. During h,is tenure he served as president, vice president, and convention chairman. He was also a mentor to young men and women in the tire business, his obituary said.

Gowland co-founded Chabill’s Tire Service with Billy Parker in 1968. Over the years, the company has grown to include 18 locations throughout South Louisiana. Last year, Chabill’s celebrated its 50th anniversary with a new store. About a month ago, Gowland’s daughter, Beth Barron, was named as CEO of the business.

Gowland was a long-time member of his local chamber of commerce, the St. Mary Parish Chamber of Commerce, and served on its board. Chabill’s had been honored by the St. Mary Parish Chamber of Commerce as Business of the Year. Gowland was also a member and past president of Rotary and was a strong supporter of area schools, the Boy Scouts and Girl Scouts, and also of youth activities in each of the communities served by his business. He was inducted into the LITDA Hall of Fame in 2009.

According to his obituary, “Gowland was nown to his family and friends as having a uniquely fun sense of humor, making statements that often begged the question, “Is that true?” or “Seriously Pa Pa Gorilla?” He had a special gift for story-telling; a grown-up who never forgot the magic language of childhood and spoke it fluently at every opportunity. Who else had the Three Little Pigs going to the moon!”
Gowland is survived by his wife of 51 years, Peggy Cefalu Gowland; his children, Catherine David and husband Tim of Morgan City, Beth Barron and husband Carey of Berwick, Louisiana, Charles L. Gowland, Jr. of Raleigh, North Carolina, and Joanna Marx and husband Jeffrey of Youngsville, Louisiana; as well as his 14 grandchildren. Other survivors include his sister, Judy Edwards and her husband Terry of Baton Rouge, Louisiana, and his brother Paul Gowland and his wife Susan of Metairie, Louisiana.

Advertisement
In this article:Chabill’s Tire and Auto Service, obituary