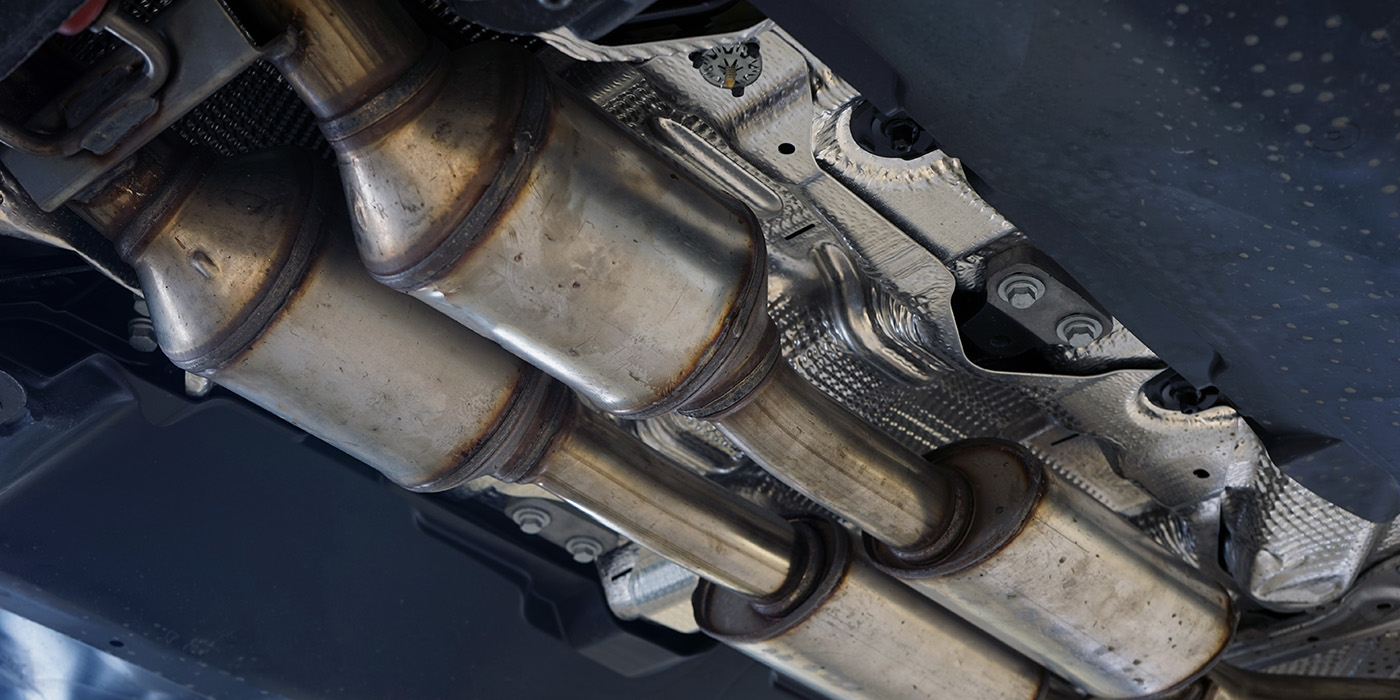 Some police departments report brazen thieves stealing converters in broad daylight and targeting specific vehicles because of the amount of rhodium, palladium and platinum in the converters. Some thieves have been killed due to jacks collapsing.

Unfortunately, this is not the first time nationwide converter thefts have skyrocketed. In 2011, catalytic converters started to go missing. Precious metal prices increased due to a downturn in the economy. This time, price increases are due to increased demand and the pandemic.

The first factor increasing the prices of precious metals is demand. Tightening emissions standards in China, India and other countries are driving demand for these metals. The largest mines for rhodium are in South Africa, with production being limited by lockdowns and new work rules. Also, Covid has hurt transportation of the rare metal. Some are blaming world politics for the price of palladium due to Russia’s actions around the world.

Who is Buying the Converters?

If no one were buying catalytic converters, there would not be any thefts. States are enacting new legislation to discourage thieves by increasing the amount of documentation required to sell a converter to a licensed recycler. West Virginia and Minnesota have proposed new restrictions requiring the seller to be paid with a check and not cash. Texas is proposing new legislation that would require licensed recyclers to obtain a copy of the title of the vehicle to buy the catalytic converter from the seller.

Many recyclers are taking risks, purchasing stolen catalytic converters because selling them is very lucrative. But, some thieves are not selling to licensed recyclers. Some thieves and buyers are making a connection on social media.

If you look at Craig’s List and Facebook Marketplace and search for a catalytic converter, you will see ads for converters for sale and ads from buyers looking to buy. Most of the photos show converters that have been removed with saws.

There are large recyclers in the U.S., but most police agencies think they are being shipped overseas to extract precious metals.

How is This Going to Affect Your Shop?

Both the customer and installer must sign a statement explaining why the converter was replaced (Manufacturers either provide such a statement with the converter or have an example in their catalogs.). If the replacement is required by a state or local program, the installer must keep a copy of the statement or order from the program representative. Retain copies of the above invoices and statements for six months and the old converters for 15 days (converters must be identified or marked as to which customer’s car they came from). The most significant difference between states is the length of time needed to keep documentation. California and New York require paperwork to be kept for at least four years.

The intent of these rules is to ensure the vehicle meets emissions standards. Violating the EPA rules is a breach of federal law since non-compliance is likely to increase the amount of pollution coming out of the vehicle. Penalties for violations by individuals, service or repair shops, or fleet operators can be up to $2,500 per violation. Any person who causes a violation could be subject to the same penalty as the technician.

So, how can you help protect your customer from catalytic converter theft? Learn about the ways to do so and how a “cottage industry” has popped up as a result in the full edition of this article on Brake & Front End, a sister brand of Tire Review.

Advertisement
In this article:Catalytic converter, service

Catalytic Converter Theft: How it Can Affect Your Shop