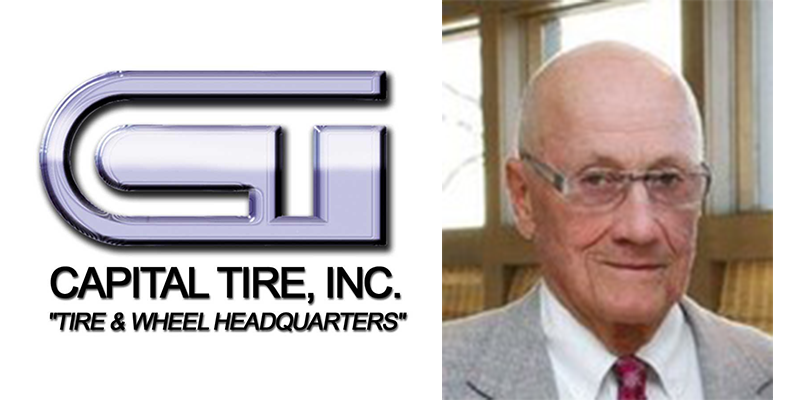 Thomas B. Geiger, CEO of Toledo, Ohio-based Capital Tire, has died, the Toledo Blade reports. He was 86.

The Blade said Geiger had cancer yet he spent a full day at the office the week before his death.

Geiger joined his father, Ben Geiger, at Capital Tire Inc. and become its president in 1962. He remained senior executive officer until his death. During his 68-year career, he oversaw the company’s growth from a single location to a three-state, multi-location distribution organization servicing nearly 5,000 retail locations.

Geiger of Perrysburg, Ohio, graduated from Central Catholic High School in May 1950.

In his spare time,  he was an avid yachtsman. He and his wife, Brenda, frequently traveled from the Great Lakes down the eastern seaboard to Ft. Lauderdale, Florida, according to his obituary. Tom was also a 66-year member of the Inverness Club and longtime member and former president of the Toledo Club.

Tom was involved in many charitable and civic causes in northwest Ohio, serving on the St. Vincent’s Hospital Foundation Board, and was very involved with charitable activities at Central Catholic High School.

Tom was first married to Therese Gladieux in 1951, and they raised three children. Their marriage ended in 1977. Tom married Brenda Diemer November 1979. The couple lived in Perrysburg overlooking the river for nearly 40 years.