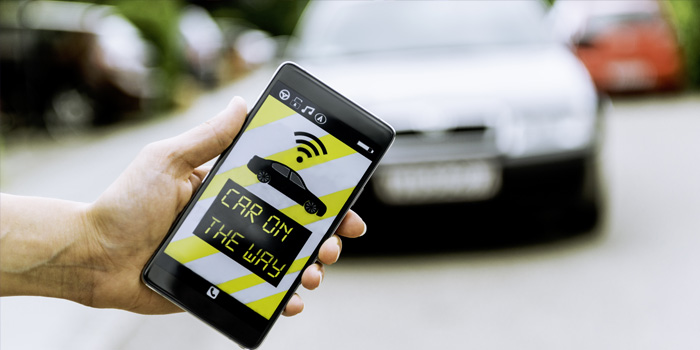 California became the first state in the nation to regulate the transportation pollution produced by the surge in popularity of ridesharing.

California became the first state in the nation to regulate the transportation pollution produced by the surge in popularity of ridesharing on Thursday evening, as Gov. Brown signed SB 1014, a bill requiring transportation network companies (TNCs) to account for, and reduce, the greenhouse gas emissions of their operations. The explosive growth of ride-hailing companies has left states facing a growing list of unintended consequences caused by on-demand transportation companies like Uber and Lyft.

SB 1014, sponsored by Assembly Member Nancy Skinner (D-Berkeley), requires state regulators to quantify emissions from ridesharing vehicles and set emission targets for TNCs, while requiring companies to develop plans to reduce those emissions. By prioritizing trips made in zero-emission vehicles, ridesharing companies can help popularize clean transportation, and help California meet its goal of putting 5 million. Studies show ride-hailing services have grown at the expense of public transit use and walking and biking. In San Francisco, it’s estimated that TNC companies produce the same amount of greenhouse gas emissions as 100,000 households produce in a year. That’s a big problem in California, where transportation emissions, the largest source of emissions in the state, have hit their highest level in 10 years and are threatening the state’s ability to meet its climate goals.

A new national study found that in nine major metro areas, TNCs have added 5.7 billion miles of driving annually. Brown signed the bill aboard a plug-in hybrid electric ferry in San Francisco Bay as part of a package of legislation aimed at boosting zero-emissions vehicles and getting dirty cars and trucks off the road. “Whether we travel by car, bus, or boat the need to move to zero-emission transportation is urgent,” Brown said Thursday.

Advertisement
In this article:California, Ride sharing