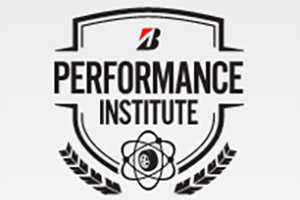 With the Rio 2016 Olympic Games but a week away, Bridgestone has launched an interactive marketing website to tie athletic performance to its tire performance and innovation as part of its campaign as an Olympic sponsor.

The Bridgestone Performance Institute will serve as the digital centerpiece of Bridgestone’s fully integrated marketing campaign, featuring immersive videos and content as well as first-person insight from some of the world’s best athletes. As part of its overarching strategy, the Performance Institute will also be connected to Bridgestone’s upcoming television advertising campaign around the Rio 2016 Olympic Games. Consumers will be able to interact with the Bridgestone brand and its products through the platform.

“We believe that elite performers are not born – they’re built, and Bridgestone’s own passion for performance closely mirrors that of an Olympic athlete in pursuit of gold,” said Philip Dobbs, chief marketing officer of Bridgestone Americas Tire Operations. “The Bridgestone Performance Institute is designed to bring our products, our longstanding support for sport, and our own relentless passion for world-class performance to life.”