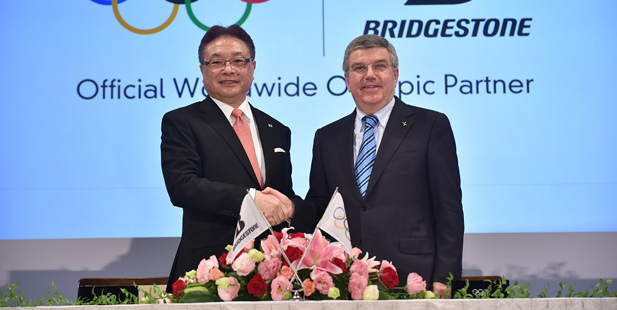 Bridgestone Corp. has officially entered into an agreement with the International Olympic Committee to serve as the Official Tire of the Olympic Games. The company will be an official Olympic partner through the 2024 Olympic Games.

“As a global corporation, Bridgestone is excited to partner with the entire Olympic Movement, a group of organizations that not only brings together the world’s athletes at the greatest athletic festival, but also blends this celebration of sport with a spirit of service to community, social responsibility, a respect for diversity and a commitment to the fundamental principles of Olympism,” said Masaaki Tsuya, Bridgestone CEO and chairman of the board. “We look forward to a long and mutually beneficial relationship where, through this partnership, we will communicate on a global basis our commitment to society as well as our brand message.”